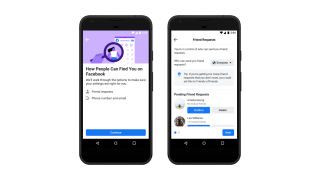 Facebook introduced Privacy Checkup, a tool meant to give people more control over the information they share with other Facebook users, in 2014. Yesterday the company finally gave the utility its first major update since that debut six years ago.

Privacy Checkup doesn't make it easier to control the information shared with Facebook itself. Instead, the tool is supposed to make it easier for people to figure out what they're sharing with other people using the social network, and to modify the appropriate settings if they feel like maintaining a bit more of their privacy.

The utility's now divided into four categories: Who Can See What You Share, How to Keep Your Account Secure, How People Can Find You on Facebook and Your Data Settings on Facebook. Each of those categories offers easy access to a few settings along with additional information about what those settings actually do.

None of these categories address some of the problems Facebook's had over the last few years when it comes to user privacy. It was revealed in 2018 that Facebook uses phone numbers provided for two-factor authentication purposes to inform targeted ads, for example, and then a year later we learned that those numbers were also being used to help Facebook users find people they know on the service.

Those are just some of the problems involving Facebook's misuse of user data. Yet none of the settings related to Facebook's usage of that information can be found in Privacy Checkup; they all have to be found elsewhere in the platform's settings. (Which are often frustrating to navigate and difficult to completely understand.)

Still, the update should at least help Facebook users keep some of their information private from other people, which is also important. More information about Privacy Checkup can be found in Facebook's Help Center article covering the utility. The new version of the tool started rolling out to Facebook users around the globe yesterday.