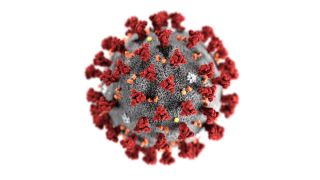 In an astounding accomplishment powered by normal people around the world joining forces to beat the coronavirus, the administrators of the Folding@Home network reported today that the network has passed one exaFLOP of compute power, which is the equivalent of ten times the compute power of the world's fastest supercomputer, Summit. It's also more raw compute power than the top 103 supercomputers in the world, combined.

A quick check of the stats today at Folding@Home reveals the network is now theoretically capable of 1.5 exaFLOPS from CPUs, powered by 4,630,510 CPU cores, and is augmented by 435,563 GPUs.

We reported last week that the Folding@Home network, which sends small portions of massive computational workloads to be processed by volunteers, had reached 470 PetaFLOPS, driven by a 1,200% uptick in volunteers over a two-week period. Folding@Home's addition of coronavirus research to its normal pursuits, like cancer, Alzheimer's, and Parkinson's research, has led to an overwhelming amount of new users, and now an as-yet undisclosed rush of new volunteers have now more than doubled that amount of performance.

There are caveats, of course. Supercomputers are designed to pass information across a massive number of networked nodes at incredible speeds, while the Folding@Home network has limitations due to the standard model of distributed computing, which consists of sending workloads to average users via the internet. However, the Folding@Home network and its molecular dynamics workloads does lend itself well to large-scale problems that require mass compute, particularly with GPUs, giving it an incredible potential as researchers race to find a cure for COVID-19.

We're so grateful for our volunteer community:• active users DOUBLED since late Feb 📈• 4 of our 10 best compute days EVER occurred in the last — (wait for it) — 4 days 💻Thank you for powering #coronavirus research! Join: https://t.co/BIKc1JMYerp.s.— major news soon! pic.twitter.com/AJUhpw1iCGMarch 25, 2020

Rosetta@Home, another distributed computing program also known as BOINC, has also reported that it has doubled its user count since February.

The global community is coming together through the Folding@Home and BOINC networks to fight back against the coronavirus by furthering research into possible cures or vaccines, which consists of using normal computers to complete small chunks of much larger problems, thus giving researchers access to an unprecedented amount of compute horsepower.

As promised, here is our first glimpse of the #COVID19 spike protein (aka the demogorgon) in action, courtesy of @foldingathome . More to come! pic.twitter.com/iD2crCMHcXMarch 16, 2020

You can help, too, by simply installing the Folding@Home application and turning over some of your spare CPU or GPU horsepower to help defeat the virus. It only takes a few minutes to set up the program, and then it's effortless as the program runs in the background. Yes, the application does consume power and will cause your PC to generate some heat, but many would consider that a small price to pay in order to fight the worst pandemic in modern history.

Unfortunately, the massive surge of volunteers has led to a shortage of work units (the small chunks of larger workloads sent to each user), but Folding@Home has expanded its capacity to serve units to speed production. Work units are still being issued and many more are in the pipeline.

21 Comments Comment from the forums
Be In the Know