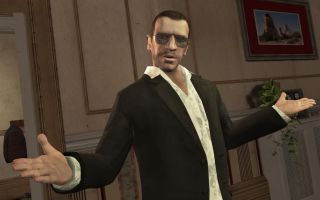 Rockstar Games recently updated the Steam page for Grand Theft Auto IV to announce that the game, which was pulled from the platform in January, will return on March 19 as Grand Theft Auto IV: Complete Edition. But there are some caveats.

"Grand Theft Auto 4 was originally created for the Games For Windows Live platform. With Microsoft no longer supporting Games For Windows Live, it is no longer possible to generate the additional keys needed to continue selling the current version of the game. We are looking at other options for distributing GTA4 for PC and will share more information as soon as we can."

Now it seems the company has found a solution that will allow it to continue selling GTA IV without online multiplayer. Upgrading the game to the Complete Edition, which features the Episodes From Liberty City expansion, can help make up for that change.

Rockstar Games explained how the upgrade process will work in the Steam update. It seems relatively painless considering the company had to figure out how to help people who bought the game via Steam, retail outlets and Games for Windows Live.

Of course, the company also took the opportunity to mention that GTA IV: Complete Edition will be available via the Rockstar Games Launcher, too. The game's presence on that platform as well as Steam ought to make it easy to procure come March 19.