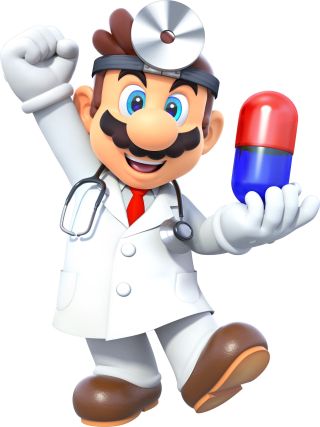 Somebody hand Mario his stethoscope. Bloomberg reported yesterday that Nintendo might struggle to meet demand for its Switch console, especially in the U.S. and Europe, due to supply problems caused by the ongoing Coronavirus outbreak.

Switch consoles shouldn't be hard to come by in the short-term, Bloomberg said, because Nintendo's already shipped all the units it expects to sell through March. But current supply constraints might lead to a global shortage as early as April.

Here's the statement Nintendo gave Bloomberg about these concerns:

"We do not see any major impact on the shipment to the U.S. currently, but we will remain vigilant and take steps if necessary. It’s possible the supply would be affected by the virus if it becomes more widespread and prolonged.”

Nintendo wouldn't be the only company facing a product shortage as a result of Coronavirus. Facebook said earlier this month that its Oculus Quest headset was affected by the outbreak, for example, and the product still hasn't been restocked.

Reports have also claimed that Coronavirus-related supply problems are expected to plague the laptop, smartphone and RAM markets. The viral outbreak was said to have reduced demand for graphics cards and motherboards in China as well.

Companies have attempted to mitigate the effect of the Coronavirus outbreak on their supply chains by relying on manufacturers located outside China. Because so many factories are located in the country, however, those efforts aren't enough.