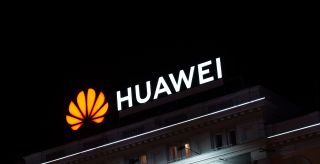 Reuters today reported that the U.S. is pressuring the UK to bar Huawei's equipment from its 5G networks. The U.S. contends that relying on the company's networking hardware could endanger national security, according to the report, and the UK is said to be weighing those concerns against the cost of banning Huawei from its infrastructure.

This isn't a new debate. European Union regulators were said to be considering proposals that would ban Huawei from 5G networks in January 2019, too, and the U.S. has repeatedly claimed the company's ties to the Chinese government make it too dangerous to trust with access to global telecommunications networks.

The U.S. has also expanded restrictions on Huawei within its own shores over the last few years. President Donald Trump prohibited federal agencies from purchasing Huawei's equipment in August 2018, for example, and the Federal Communications Commission recently made those products ineligible for certain federal subsidies.

Those efforts were complemented by Huawei's addition to the Entity List by the U.S. Department of Commerce, Canada's arrest of Huawei chief financial officer Meng Wanzhou at the U.S.' request and other attempts to disrupt Huawei's business. (More on those efforts, and their relative ineffectiveness, can be found here.)

Reuters said the UK is set to reach a decision regarding Huawei's inclusion in its 5G networks later this month. The U.S. has reportedly threatened to sever intelligence ties with the UK--and other members of the Five Eyes alliance--if that equipment is used within those nations networks. Whether or not that's just posturing remains to be seen.