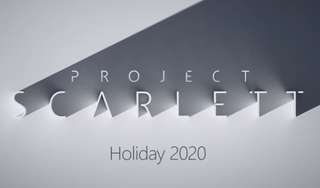 It’s no secret that Microsoft is working hard on the next Xbox, and naturally, the rumor mill is working equally hard on trying to figure out exactly what we can expect. Windows Central has conducted some investigative work, and believes it knows what some of the specifications of the upcoming Xbox codenamed “Project Scarlett” will become. However, just like Windows Central, we have to emphasize it: please take all of the coming information with a pinch of salt. In fact, take it with a heap of salt.

To put the specifications into context, we first have to lay some groundwork. Thus far, most of the rumors about the upcoming Xbox point to the (give or take) simultaneous dawn of two SKUs: Anaconda and Lockhart. The former is said to be the primary high-end part that Microsoft wants all of us to buy, with the latter aimed at being a lower-end SKU, supposedly aimed at being used for streaming. The catch is, there’s also been a report from Thurott back in June stating that the second SKU, Lockhart, wouldn’t be happening.

When it comes to the reported specifications, Windows’ Central report states that the high-end Anaconda would feature an AMD CPU with eight Zen 2 cores that clock in at about 3.5 GHz, which would be wired to 16GB of RAM. From this, about 3GB would go to the OS, with the remaining 13GB being available to games. Paired to this, the rumors also point to the use of an NVMe SSD, which should significantly decrease load times and enable much more seamless worlds. Microsoft has previously said it will use an AMD Navi-based GPU and Zen 2 based CPU.

Turning these specifications into teraflops is where things get start to get slightly more complicated, and where the plot holes begin. The Xbox One S that was released in 2013, and had 1.4 TFlops of performance. The Xbox One X bumped that figure up significantly to 6 TFlops in 2017. Project Scarlett’s high-end Anaconda is rumored to pack 12 TFlops of performance, whereas the Lockhart unit is said to ‘only’ pack 4 TFlops.

Do note though, with Project Scarlett being based on Navi, comparing the performance simply by TFlops isn't the best way of going about. Where Vega and Polaris GPUs (what the Xbox One's were based on) offered different gaming vs. compute performance ratios than Navi GPUs do. The older architectures were particularly good at compute (which is what TFlops measure), whereas the new Navi GPUs are especially great at gaming. If that sounds complicated, look at it this way: the 4 TFlops that Lockhart is rumored to have might be closer in actual gaming performance to the Xbox One X's 6 TFlops would have you believe -- though if the figures are true, Lockhart probably won't be a generational improvement over the One X.

Casting a Shadow of Doubt on it All

Those figures themselves aren’t too surprising, but it does bring us back to the rumors about the existence of two upcoming Xbox SKUs, along with a few other questions. From the one end, it’s weird that Microsoft might be releasing two next-generation consoles at once, only differing in performance. That’s something we’ve never seen happen on any console platform in the past, so why would that happen now? Assuming that there will indeed be two different SKUs, with Lockhart aimed at streaming, the question becomes: why is it so powerful with 4 TFlops of performance? Even at high resolutions, such a vast amount of performance isn’t needed when streaming games from the cloud, so there has to be more to it.

It's possible that is game streaming isn’t the only purpose of Lockhart. Rather, because performance standards are increasingly varied, Microsoft feels urged to build two different performance level consoles to appeal to different audiences. Where once 30 FPS was considered a good benchmark to strive for, the standard nowadays appears to be 60 FPS, which we also want to achieve at 4K and preferably with HDR support. Naturally, this also makes the console more expensive.

A dual-device approach, as well-intended as it might be, adds complexity to the development process and history has proven that even with an attempt at simplifying it, it doesn't really work out. The Switch, however, has proven that different performance levels can be used effectively (mobile vs. docked), so there might be hope if Microsoft has streamlined the process somewhat.

Here's What We Reckon Will Happen, If it Does

Thus, we reckon that the high-end Anaconda will be a more expensive console at first, but stand the test of time well. To keep things simple for developers, Lockhart might exist with identical graphical fidelity, but simply at lower performance standards (lower resolution, FPS, or HDR) for folks who aren’t willing to part with big bucks to get that extra smooth framerate. The consequence of that will be that in a couple years, due to hardware advancements the price of Anaconda will drop by enough to push Lockhart to end of life quite early – so if a second ‘mid-tier’ next gen Xbox does become a thing, we doubt it will for long.