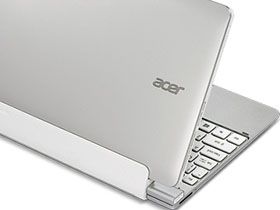 This article was supposed to go live several months ago. Beyond measuring the power consumption of Intel's Clover Trail-based Atom Z2760 in ARM Vs. x86: The Secret Behind Intel Atom's Efficiency, we wanted to evaluate the Atom and Windows 8 user experience using Acer's Iconia W510 as our example. By the time we finished up, we had a whole new appreciation for how solid hardware and a well thought-out product are not necessarily tied together. Acer has a long road ahead.

We all love good stories about underdogs triumphing in the face of adversity. It’s the classic hero’s journey, from fictional characters like Rocky Balboa and Harry Potter to the real-life long-shots like the 1980 U.S. men's Olympic hockey team. When it comes to tablets and smartphones, Intel and Microsoft are the ones looking to claw their way into mobility. Here, ARM and its licensees (Qualcomm, Nvidia, TI, Apple, and so on) are the success story. ARM's architecture is the belle-of-the-ball, offering high efficiency and high-enough performance, while x86 is the step-sister, toiling away in the attic.

But when you hear those classic stories about triumphant underdogs, there's a simple truth: they're not about weaklings who topple invincible Goliaths. The dark horse was never weak in the first place. Instead, they toppled the favorite when a more formidable adversary failed to see talent that was there all along. To coaches like Herb Brooks, there was never any doubt that the Russians could be beaten.

These stories are few and far between though, which is why they're special. And often, calling someone or something an underdog is just a nice way to say hopelessly outclassed.

We're looking at two match-ups today: Intel versus ARM, and Acer versus Apple.

Is ARM the company challenging the Goliath Intel using a RISC architecture, validated by Steve Jobs' favor in the original iPhone? Or is Intel actually the underdog, a company that nobody believes can match great performance with comparable efficiency in an unforgiving power envelope?

And then there's Acer, a company most often associated with low-end PCs. Yet, with its Aspire S7, it created one of the market's best Ultrabooks. A decade ago, Samsung was the up-and-comer, contesting Sony in the consumer electronics space. Now who's on top? Ten years ago, Blackberry and the Palm Treo were king. So, does Acer have what it takes to truly challenge the colossus Apple?

We can begin to answer both questions by looking at Acer's Iconia W510. Why is this tablet, specifically, unique? Well, it represents a closer collaboration between Intel and an OEM than anything seen before. A number of the processor giant's top engineers spent months taking intercontinental trips to Taiwan to help Acer design the device, along with the W710 and S7 Ultrabooks. The Iconia W510 is not simply an Acer-developed piece of hardware, but rather the product of collaboration

Our story begins at Intel...