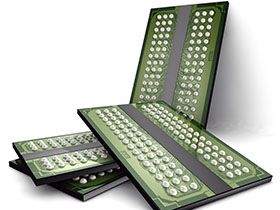 Tom’s Hardware considers memory selection an important part of any build. However, many enthusiasts will probably simplify their choice by asking “Which of my favorite brands has the lowest price on a 32GB, quad-channel kit?” On the other hand, a lot of Tom’s Hardware readers overclock. And even those who don’t overclock often seek the highest-performing modules they can afford.

As the guy who reviews the most memory and motherboards, my priorities are a little different. When a new platform launches, I ask around to find out who has the best-overclocking RAM to fit, and request a sample. I don’t even think about cost, because my objective is to start with the fastest RAM and find out who has the most flexible motherboard. Once I find a board capable of pushing RAM to its limit, I’m able to determine if any new memory samples are fast enough to replace the set I already have.

Anyone who is certain that the memory with heat sinks will overclock better, or that bare modules will cost much less, probably hasn’t been following the memory business closely. The parent company of Crucial Technology, Micron produces some of the best-overclocking DDR4 in the industry and may even be the supplier for your favorite brand of fancy-looking RAM. And in spite of its legacy in servers, today’s consumer-level 1.20V DDR4 doesn’t run hot, and isn’t all that cheap.

Remember when I said I usually started testing motherboards with the fastest RAM I could find? That memory, G.Skill’s 16GB DDR4-3000 quad-channel kit, sets today’s performance baseline. You’ll notice that both of the 32GB kits have twice the capacity and far lower rated voltage. I’ll attempt to even things up by using 1.35 volts during the overclocking tests.