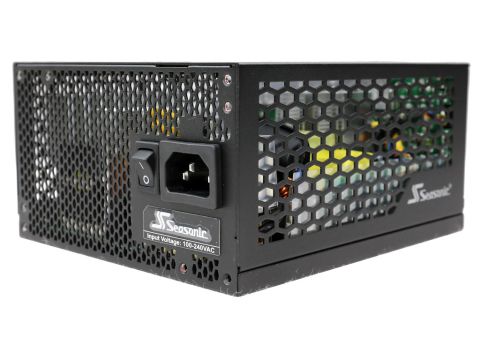 Using results from the previous page, we plotted a chart showing the SSR-600TL's efficiency at low loads, and loads from 10 to 110 percent of its maximum-rated capacity.

The PSU's efficiency is very high under both light and normal loads.

In the following tests, we measure the SSR-600TL's efficiency at loads significantly lower than 10 percent of its maximum capacity (the lowest load the 80 PLUS standard measures). The loads we dialed were 20, 40, 60, and 80W. This is important for representing when a PC is idle, with power-saving features turned on.

With 20W load, the PSU's efficiency is close to 80%! This is something we rarely see, despite the large number of samples that pass through our lab.

This PSU consumes low energy levels at idle, something that really helps the 5VSB rail's efficiency, especially under light loads.

The first chart below illustrates the cooling fan's speed (in RPM), and the delta between input and output temperature. The results were obtained at 37°C (98.6°F) to 45°C (113°F) ambient temperature.