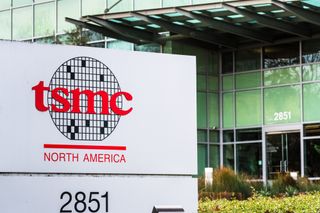 Speaking to unnamed “people familiar with the matter,” the Wall Street Journal says TSMC made the decision during a board meeting on Tuesday in Taiwan, and is likely to officially reveal the plans as soon as Friday. This follows news from earlier this March that the U.S. is planning to block TSMC from shipping to Chinese tech company Huawei, which may have informed the decision to open an American factory.

According to one of the Journal's sources, “The State and Commerce Departments are involved in the plans,” which could lend credence to this theory. The extreme wait times to ship parts from Asia to the US during the coronavirus pandemic might also have influenced the decision, as well as a general worry about American dependence on Asian technology (both for economic and security reasons) that has plagued the manufacturer as early as January.

“TSMC’s new plant would make chips branded as having 5-nanometer transistors,” the Wall Street Journal writes, referring to another unnamed source. This would put the new factory on par with TSMC’s Taiwan operations, which only recently started producing 5nm chips.

The Wall Street Journal doesn’t yet know whether TSMC made the decision under the promise of US financial incentives, or what the company’s budget for the new factory is. It does state, however, that “The factory could be producing chips by the end of 2023 at the earliest,” according to one of its sources.

This news also contradicts a Digitimes report from earlier this week that, despite pressure from the Trump administration, TSMC would not be opening up any American factories anytime soon.

“We shouldn’t have supply chains,” President Trump said on Fox Business last Thursday, during a discussion about how the pandemic is affecting production. “We should have them all in the US.”

Whether this points to a cheapening of American labor in the face of unprecedented unemployment, a new approach to international business following the pandemic, or even an attempt from TSMC to strengthen American relations and perhaps get the Huawei block removed, we can’t say for certain.

What we do know is that, right now, the only American chipmakers who can produce transistors 10nm or smaller work for Intel, and Intel's fabs primarily focus on proprietary Intel products. A stateside TSMC factory would provide more immediate access to cutting-edge silicon fabrication tech for Intel's competitors like AMD, as well as general tech like Nvidia, Qualcomm and TSMC’s largest client, Apple.

Update 5/15/2020 10:33 EST: TSMC has officially confirmed its intention to build an Arizona factory via a post on its website, where the company stated "its intention to build and operate an advanced semiconductor fab in the United States with the mutual understanding and commitment to support from the U.S. federal government and the State of Arizona."

Matching WSJ's report, the factory will produce 5nm chips as well as have a monthly capacity of 20,000 semiconductor wafers per month.  TSMC claims that the factory will directly create "over 1,600 high tech professional jobs," with "thousands of indirect jobs in the semiconductor ecosystem" following as a result.

TSMC is committing $12 billion to the facility's construction, and is planning to begin construction in 2021, with chip production slated to start in 2024.