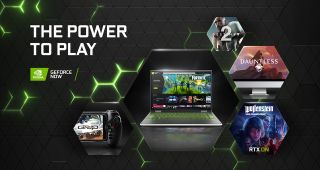 Nvidia's GeForce Now has been subject to quite some controversy, as the game streaming service appeared to have troubled relationships with developers. One of the studios was Square Enix, which pulled its games from GeForce Now right as it came out of beta. Just three weeks ago, a piles of titles left the service.

Now, it looks like Nvidia is welcoming Square Enix back, as spotted by PC Gamer. This means that owners of supported games are once again able to stream the titles off of Nvidia's remote servers.

According to PC Gamer, the following games will be available on GeForce Now as of 4 p.m. ET.

In addition to these titles from Square Enix, Nvidia is also adding a handful of titles from other publishers:

Nvidia's GeForce now is a game streaming service that runs the gruntwork for you. This means that you won't need a powerful gaming PC to run your games, given that you have a decent internet connection. You will need to own the games though, which is why it's nice to see a publisher returning to GeForce Now. After all, you wouldn't be very happy if you had bought a game with the intention of playing it on GeForce Now, just to see it leave the service.