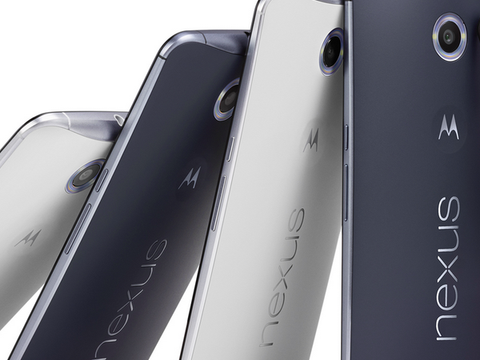 The iPhone seems to get most of the smartphone camera accolades, while the Nexus line of phones have been closer to the other end of the spectrum. Both of these positions are shifting, however. The Nexus 6 isn’t going to set Canon or Nikon on edge, but it doesn’t suck like most of its predecessors. It is, by and large, OK.

The Nexus 6’s rear-facing camera boasts 13MP with a dual-LED flash and optical image stabilization (OIS). The front-facing camera is 2MP. While these are good specs, they’re by no means trailblazing in a field where you have Nokia's Lumia models running around with 20MP and even, in the case of the Lumia 1020, 41MP cameras. But if you know digital photography, you know that the megapixel number is not the only thing that matters. The size of the light wells in the sensor array and the aperture of the lens are also extremely important. Adding megapixels is stupid if all it means is reducing cell size and suffering with lifeless, noisy images.

Motorola uses Sony’s IMX214 CMOS sensor and pairs it with an f/2.0 aperture lens to let in more light and improve imaging in lower-light conditions. OIS also helps improve low-light performance by allowing the shutter to remain open longer, reducing blur caused by normal hand tremors. If nothing else, the sensor and lens changes are a big improvement over the 8MP camera in last year’s Nexus 5.

Most of Lollipop’s benefits are buried behind the scenes, including improved security and support for higher-performance graphics. Occasionally, these advances come to the fore. One example is the revamped Camera2 API. Lollipop’s native Camera app does provide some nifty HDR, panorama and exposure control. But the API also allows for more advanced controls in RAW capture, flash control and other features that software developers can leverage.

If you’re content to run with Google Camera (also available for other Android devices from the Play Store), you’ll find a simple interface. On top of the live preview (which accurately reflects what the 4:3 aspect ratio image sensor will capture), there is only a shutter button and an ellipsis located in the corner. Tapping this brings up icons for the timer, grid overlay, HDR, flash and front/rear camera flip in a bar along the edge or bottom of the display depending upon orientation. For more, swipe from the screen’s left edge. This menu provides access to Photo Sphere (a 360-degree image capture tool), Panorama, Lens Blur and toggling between camera or video mode.

Tapping the gear icon brings up a settings screen for changing image and video resolution and quality. There's also a toggle for geo-tagging and an “advanced mode,” which only serves to unlock the -2, -1, 0, 1, 2 exposure control and nothing more.

The Snapdragon 805 in the Nexus 6 is capable of encoding and decoding up to 4K UHD H.264 video in hardware, which brings better performance and lower power consumption. It's also capable of decoding 4K UHD H.265 video in hardware. Since H.265 encoding is still done in software, video recording on the Nexus 6 opts for the more sensible H.264 option.

The Nexus 6 records 4K video at 42 Mb/s, which is higher than the LG G3's 30 Mb/s bit rate but lower than both the Samsung Galaxy S5's and OnePlus One's 57 Mb/s average bit rate. At 1080p, the Nexus 6 records at 17 Mb/s, the same bit rate as the Galaxy S5 but less than the 20 Mb/s of the G3 or OnePlus One. This results in video that's good but not great. White balance, and thus color reproduction, is accurate and fine detail is captured nicely. Some noise does creep into the video when shooting indoors or in lower light, but at least there are no weird, blurry artifacts from heavy-handed noise reduction algorithms.

Poor autofocus performance hurts video quality more than anything else. The camera will only refocus when it's not moving, which makes for blurry transitions as it moves from one object of interest to the next. When the autofocus is finally triggered, it zooms way out and then back in. This occurs slow enough (around one second) that it becomes distracting. Shooting outdoors in bright light minimizes this undesired effect, but does not completely eliminate it. Fortunately, video from the front-facing camera is free of this problem.

Other than 4K video support, shooting video on the Nexus 6 is a no-frills affair. It doesn't support HD video at 60 fps at any resolution, so action scenes aren't as smooth as they could be. Slow-motion video is not an option either.