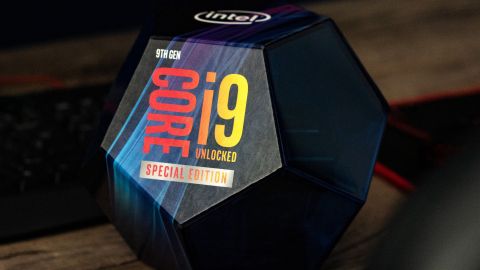 The 12-core 24-thread 3900X brings HEDT-like performance to the multi-threaded rendering benchmarks. The tuned -9900KS doesn't fare as well as the overclocked Core i9-9900K in the LuxMark test, despite its 200 MHz frequency advantage and similar memory data transfer rates.

The Core i9-9900KS leads the Pov-Ray testing and gives us the expected performance improvements in several tests, but Ryzen 9 3900X retains its lead in almost all of these threaded tests.

The SVT-AV1 encoder is a new Intel- and Netflix-designed software video encoder that became available earlier this year. The encoder is more scalable than other encoders, thus offering faster encoding times paired with efficient compression. While it may seem counter-intuitive to use an Intel-designed encoder for testing AMD processors, consider that most encoders are inherently reliant upon per-core performance, which is a strength of Intel, while SVT-AV1 exposes the power of threading, a strength of Ryzen. The Ryzen 9 3900X leads the benchmark with ease.

Our LAME and FLAC tests, like many encoders, rely heavily upon per-core performance. That means Intel's frequency advantage comes into play, handing the -9900KS the lead in both tests.

Intel processors traditionally leverage high frequencies to dominate the HandBrake x265 test, which relies heavily on AVX instructions, and the H.264 test. But Intel's higher clock speed isn't too much of an advantage in these tests when the similarly-priced competition has far more threads at their disposal. AMD has also worked diligently to improve Ryzen's performance in AVX workloads, and here we can see that work pay off.

Our threaded compression and decompression 7-Zip and ZLib tests work directly from system memory, removing storage throughput from the equation. The combination of Ryzen 3900X's improved memory subsystem and generous helping of cores helps it take an easy lead over the Intel challengers. The Ryzen 7 3700X also performs extremely well in the 7-Zip tests.

We can also see the vast improvement in Ryzen's AVX performance in the y-cruncher multi-threaded test. It's pretty surprising to see the Ryzen 7 3700X trade blows with the -9900KS in this test, especially given its wallet-friendly $329 price point. That said, the Intel models offer similarly impressive performance relative to competitors in the single-threaded y-cruncher test.

Overall, these tests largely leverage AMD's multi-threaded architecture, much like we observed in the rendering tests. It's noteworthy that AMD's architecture is far superior in hashing and AES encryption workloads, beating the -9900K/S models on a per-core basis.

Prev Page Office, Web Browser, and Productivity Next Page Conclusion
68 Comments Comment from the forums
Be In the Know