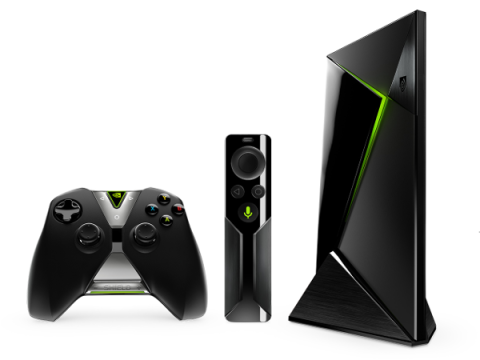 In addition to games, Shield also supports Android TV apps. With the increasing popularity of 4K TVs, Nvidia ensured that it would be able to meet the new standard with an HDMI 2.0 port with HDCP 2.2. The amount of 4K content is still small, but popular apps such as Netflix already have a few titles available in the higher resolution, such as House of Cards and Daredevil.

Netflix does recommend a constant 25Mbps for 4K resolution, so unless you’re paying a lot of money for that much bandwidth, and you own a 4K television, you won’t be able to try it out. However, I was surprisingly able to have a somewhat-consistent 4K stream at home even at 23Mbps, but for most of the time, the Shield was able to easily push a 1080p stream to the TV thanks to its Gigabit Ethernet port.

Aside from Netflix, users can download a variety of other apps for video such as YouTube, Hulu Plus, and Sling TV. More apps are on their way soon such as HBO Now, the premium channel’s standalone app, which was initially released on Apple TV. You can also rent and download movies and shows through Google’s store. It won’t exactly replace your cable box in terms of channel availability, but there’s more than enough TV content available on the Shield that you might consider dumping the cable box.

Prev Page What’s In The Box? Next Page Gaming With Shield
27 Comments Comment from the forums
Be In the Know