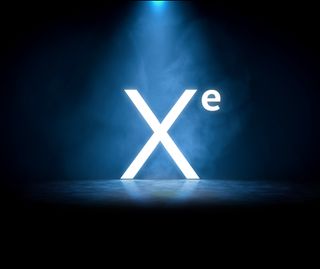 Intel has appointed Ashraf Eassa to Product Marketing Manager of Discrete Graphics. The news follows closely after three high-level departures in Intel’s Xe graphics marketing team, though it isn't clear if the developments are related.

Ashraf Eassa announced the news on Twitter on Monday. He has been promoted to Product Marketing Manager, Discrete Graphics at Intel. His previous role was Technical Marketing Strategist since he joined the company in May.

Before his nascent career at Intel, he was analyst at The Motley Fool for six years, where he primarily covered Intel, among other stocks. He was a vocal critic of Intel's 10nm woes and also known for his insider product sources (such as leaking Foveros). As an analyst, he was mostly known for being opposed to former CEO Brian Krzanich (whose timely stepping down in 2018 he had predicted).

The promotion comes off the heels of (and possibly in response to) three key people in Intel’s discrete graphics department leaving the company before the first graphics unit has even launched. The departures include ex-AMD marketing veterans Chris Hook, Heather Lennon, and Jon Carvill. While a big blow to the company's graphics marketing efforts, these departures should not impact product development.

Heather Lennon joined Intel in April of this year, also from AMD. She was manager for Digital Marketing and Graphics, and also left in November.

Finally, Jon Carvill also left in November. He joined Intel from Facebook in November 2018 as vice president of Marketing for Technology Leadership.

It appears that all three have joined the data center startup Nuvia that recently came out of stealth mode, founded by two Apple chip veterans.