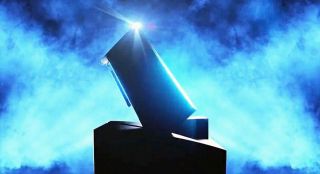 According to information that has appeared online, Intel’s first discrete graphics chip, referred to as DG1, will pack 96 execution units (EUs), as many as Tiger Lake’s integrated graphics. Although by working together with the CPU, DG1 might double Tiger Lake's graphics performance.

The information originated from the Eurasian Economic Union on Wednesday and was posted on Twitter. The register entry contains the development kit with in its name its number of execution units: ‘DG1 External FRD1 96EU Accessory Kit’.

DG1 is Intel’s first discrete graphics chip based on the Xe LP architecture. It is known that Tiger Lake’s integrated graphics will contain 96 Xe EUs, up from 64 on Ice Lake. This would imply that the DG1 is basically just a discrete version of Intel’s ordinary integrated graphics, probably with limited upside performance potential.

However, a Linux patch in October indicated that Intel is working to enable its integrated and discrete graphics together. In that case, the combined graphics hardware would consists of 192EUs, a respectable 3x gain over Ice Lake and 8x of the last few generations of 14nm processors.

According to a recent rumor, DG1 would indeed be just a fraction faster than Tiger Lake’s GPU and face development issues, to which Intel Graphics responded on Twitter that it is humming along, echoed by Raja Koduri’s optimism.

DG1: Everything we Know so Far

The first signs of DG1 appeared this summer through an Intel graphics driver, which listed its name, but not execution unit count. The accompanying Gen 12 LP information indicated that it would be targeted at the low power (mobile) segment, with a TDP likely no higher than 25W. The driver also mentioned DG2 with Gen 12 HP and possibly up to 512 EUs.

In October, Raja Koduri might have hinted in a tweet that the first Xe graphics would be released in June 2020.

Later in October, Intel formally announced DG1 as its first discrete graphics chip and disclosed that it had gone through the power on process in the third quarter of the year. This would be roughly in accordance with a mid-2020 launch. It is based on the new Xe architecture.