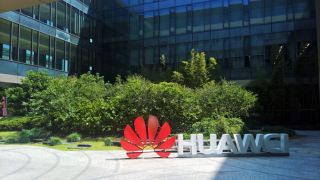 Huawei’s HiSilicon chip design unit has launched 4G communication chips on the open market. It is the first time HiSilicon is supplying its chips to external companies, marking a change in strategy, for which it has formed the Shanghai HiSilicon wholly-owned susidiary.

HiSilicon, fully owned by Huawei, is reputed to be the largest Chinese designer of integrated circuits, but Huawei has kept is an internal unit, meaning that it would design and supply chips only for Huawei. For instance, the company has the Kirin series for smartphone SoCs, Balong modems and Ascend AI chips. This now appears to be changing.

HiSilicon would no longer be Huawei’s captive chipmaker, as it has launched 4G communication chips on the open market at a Shenzhen electronics show that was held in October, according to EETimes.

The launch was done by Shanghai HiSilicon, a wholly-owned subsidiary of HiSilicon that was formed in April 2019. Shanghai HiSilicon has been established as the chip design company for the open market, while Shenzhen HiSilicon will remain responsible for Huawei and HiSilicon’s internal chip activities.

This change of strategy has come with the tagline ‘Everything Connected’ as the company is broadening its scope. To that end, HiSilicon has changed the name of some of its product lines. Its security camera product line has been renamed to Smart Vision and wants to expand to consumer and automotive. Its set-top and TV lines are merging into a Smart Media product line. And thirdly, it wants to expand its connectivity business and pursue AI/IoT, shortened as AIoT.