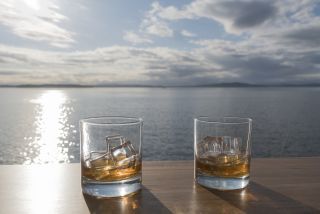 Intel has sent out a product change notification surrounding a number of its Whiskey Lake NUCs, which the company is phasing out over the coming weeks. The last units should ship out no later than July 2nd, according to Intel. This comes as a bit of a surprise given that the Whiskey Lake CPUs have only been on the market since summer 2018.

The transition was set to start on March 1st, with retailers expected to place their final orders before April 30. Distributors also won't be able to return the units after this date, and are expected to ship out the last inventory before July 2nd.

The good news is, if you're in the market for a NUC, you'll likely be able to score these at great prices in the coming weeks, especially nearing the start of summer. Given that they're based on the same process node and architecture as the current 9th-gen hardware, it won't be much of a sacrifice to buy last-gen hardware, either.