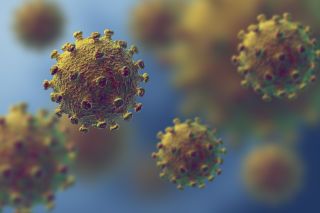 Speaking at a Morgan Stanley conference on Monday, Intel CFO George Davis said that the company has "the ability to operate on a relatively normal basis", as it deals with the Coronavirus. He also said that Intel is in the middle of establishing a NAND partnership.

Nevertheless, Davis said that the company did see customers being impacted by the coronavirus as they manage their own supply chains. But Intel itself has been able to continue operating relatively normal, he said, seeing only “modest disruption”. Although he also noted that the company came “into this environment from a shortage perspective”, likely hinting at the fact that Intel wasn’t already able to meet all of its demand, so it wouldn’t be impacted by some reduction in demand.

Intel has its 3D NAND fab in Dalian, a test and packaging facility in Chengdu, and design centers in centers in Shanghai and Beijing. Last week, Intel halted employees from traveling to affected regions.

He also touched several other topics on the investor conference. Speaking about 10nm, he said Intel was in particular focused on the intra-node improvements, with Tiger Lake on 10nm+ coming out this year. For 2020, he sees demand falling somewhat in the second half of the year as the Windows 10 refresh declines, Apple moves to 5G and cloud service providers decelerate their spending. Nevertheless, he said Intel expects to take some market share back (from AMD) at the low-end as the company catches up to its demand in 2020.

He also said that Xeon takes up over 50% of Intel’s $3.8 billion in AI revenue in 2019. Mobileye also was a big part of it, and noted the Mobileye’s ability to sell its crowdsourced maps, as well as robotaxi opportunity. Intel also has GPUs, Habana accelerators and FPGAs for AI.

Lastly, he said that Intel is in the midst of the process of establishing a NAND partnership. Last year, that business was unprofitable for Intel as the market was in oversupply mode.