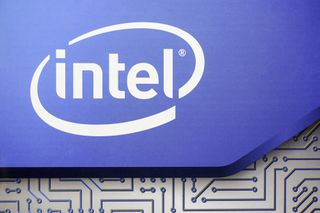 Top Intel executive Naveen Rao, who led Intel’s AI Platforms Group, announced on Wednesday he will leave the company. The departure comes shortly after Intel decided to favor its most recent Habana acquisition over the Nervana portfolio. Intel veteran Gadi Singer will take over his position.

Naveen Rao, announced his departure on Twitter and was confirmed to CRN by Intel, who thanked him for building a “world-class” AI team at Intel. His last day will be on March 10. Rao wrote:

“I have decided to leave #intelai. It has been a remarkable experience building a new brand within Intel and sharpening the focus around #ai at the company!  I wish all of my colleagues well as the field of AI matures.”

Naveen Rao joined Intel in 2016 with Intel’s acquisition of Nervana, which was Intel’s move to pivot into AI training accelerators for the data center as Nvidia’s data center business was booming from deep learning growth. Shortly thereafter, Rao was appointed corporate vice president of the newly formed AI Products Group, which late last year was renamed to AI Platforms Group. He was also part of the executive management.

Rao formally announced both Nervana products late last year: the 16nm Spring Crest NNP-T for training and 10nm Spring Hill NNP-I for inference. However, in December Intel announced the $2 billion acquisition of Habana Labs, which has two similar products. This led many to speculate about what would happen with Nervana. About a month ago, Intel finally decided it would focus solely on Habana, which remains an independent business unit. It has stopped development of NNP-T and will fulfil its customer commitments of the NNP-I.

Intel veteran Gadi Singer, who heads the Inference Products Group under Rao, will take over his position.

AI is becoming an increasingly important part of Intel’s business. Intel said it had earned $3.8 billion in AI related revenue in 2019, which includes revenue from the data center (Xeons), internet of things and Mobileye.