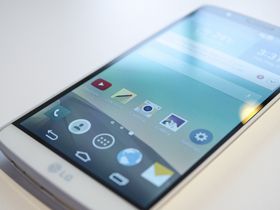 Intel today announced that it's officially completed the $1 billion sale of the majority of its smartphone modem business, through which it supplied manufacturers with the chips their mobile devices need to access wireless data networks, to Apple.

The sale finalizes Intel's exit from the 5G phone modem market, which started in April, when it announced that it would no longer compete with other companies to supply the chips that would allow smartphones to access next-gen data networks.

Intel said it might repurpose the business to focus on other aspects of the 5G ecosystem, from PCs to IoT devices, instead of smartphones. Then it announced in July that it would be selling the majority of its smartphone modem business to Apple.

That's still the plan: Intel said this deal allows it "to focus on developing technology for 5G networks while retaining the option to develop modems for non-smartphone applications, such as PCs, internet of things devices and autonomous vehicles."

But the company wasn't quite as positive or forward-looking in a brief it filed with the 9th U.S. Circuit Court of Appeals to support the U.S. Federal Trade Commission's decision to open an antitrust probe into the way Qualcomm's run its business.

In the brief, which was filed on November 29, Intel said that Qualcomm's agreements with manufacturers effectively forced out of the smartphone modem business and that the $1 billion sale to Apple  resulted in a "multi-billion dollar loss."

Intel fought for nearly a decade to build a profitable modem chip business. We invested billions, hired thousands, acquired two companies and built innovative world-class products that eventually made their way into Apple’s industry-leading iPhones, including the most recently released iPhone 11. But when all was said and done, Intel could not overcome the artificial and insurmountable barriers to fair competition created by Qualcomm’s scheme and was forced to exit the market this year.

So, yes, Intel's finally managed to close the $1 billion deal with Apple to divest itself of the majority of its smartphone modem business. But that's not a cause for celebration; it's a relatively minor consolation for the company's wasted efforts.