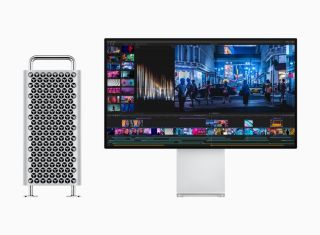 Apple's Mac Pro has been available for just over a week now, but the 8 TB storage option that Apple was touting would be available hasn't been an option in the configurator. But as of yesterday, you're able to select the 8 TB SSD storage option for $2,600 option.

The Mac Pro's starting configuration packs it with an octa-core Intel Xeon W CPU, 32 GB of DDR4 memory, and an AMD Radeon Pro 580X GPU. These are impressive specs for a starting configuration, but keep in mind that the starting price is also $5,999, so one can expect some level of lavishness for such money.

To bump the system up to the strongest CPU, you'll have to shell out an additional $7,000, which will give you a 28-core Intel Xeon W CPU, and bumping up to the maximum 1.5 TB of DDR4 ECC memory will cost $25,000. Dual Radeon Pro Vega II Duo graphics cards (for a total of four GPUs) will set you back another $10,800, and you'll soon realize that it's not difficult to configure the Mac Pro to cost over $50,000, and suddenly the $2,600 price tag for the biggest SSD option doesn't seem so bad.

At this point, even the $400 wheel option is starting to sound like a bargain. But this isn't a desktop designed for average consumers. It's for professionals that will save money on graphics or video rendering time by investing it early. Most people don't need what this is offering, but it has the customization pros have asked Apple for for years.

You can configure the new Mac Pro here.