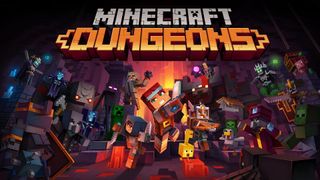 Gamers, beware: the new Minecraft Dungeons game could wipe your computer’s data during uninstallation, according to a new bug report from Mojang, the game's developer.

The bug first came to the company's attention when a player by the name of Daniel reported that when he uninstalled the game’s launcher using the Windows Add/Remove programs tool, the rest of his SSD got wiped out too.

Minecraft Dungeons might wipe your SSD if you uninstall it pic.twitter.com/WJY2fbBLwsMay 26, 2020

A Mojang mod quickly replied, saying that the issue only affects the version of the game with the launcher and not the one players can download from the Windows Store. Another mod added that a hotfix was on the way.

That hotfix is now here, according to a detailed reply from Mojang employee Marcio Oliveira, though you’ll still want to check to make sure you’ve updated your launcher before uninstalling either it or the game.

“Before uninstalling anything, please ensure the Minecraft Dungeons Launcher at least uses Bootstrap version 166 or higher. You can check this at Settings > About > Bootstrap,” the report reads.

Oliveria’s comment, meanwhile, goes into detail about the bug’s origin.

Oliveira then admitted that the team, unfortunately, didn’t consider that files belonging to non-Minecraft Dungeons programs might also live in a player’s custom install location.

“The fix we released soon after hearing about the first report (which is in Bootstrap version 166 and up) is to delete only the folders that the Launcher knows about, under the Dungeons install location,” he added.

If your launcher isn’t using Bootstrap 166 yet, then, restarting it should update to it and apply the hotfix, according to the report. Otherwise, avoid uninstalling the game.

“We are very sorry for the inconvenience this might have caused to players and will surely take this as a learning experience for improving our quality assurance process,” Oliveira said.