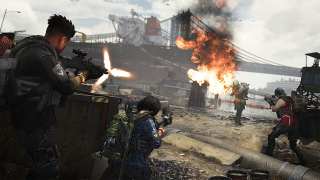 Warlords of New York is a paid expansion for The Division 2 that introduces new areas, a higher level cap and multiple gameplay changes. Nvidia's latest Game Ready Driver is supposed to offer improved performance when the expansion debuts on March 3.

ARK: Genesis introduces "all-new mission-based gameplay" with "beautiful yet lethal new worlds filled with exotic creatures, craftable items and weapons unlike anything seen before on the ARK," Nvidia claimed. It's now available on all platforms.

Unlike the other games, the improvements for Apex Legends introduced with the latest Game Ready Driver weren't prompted by new content. Instead, Nvidia merely said the driver "includes a fix for the crash that has affected some players."

You can download the GeForce Game Ready 442.50 WHQL driver via Nvidia's website or the GeForce Experience companion app. Additional details about the changes made with this driver are available in the full release notes (PDF).