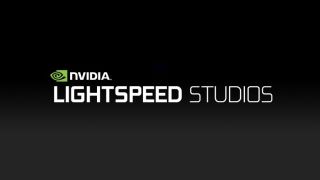 Spotted by DSO Gaming, it appears that Nvidia has launched a program to remaster some classic PC games, intending to rebuild them whilst implementing Ray Tracing. This information is based off a job listing on Nvidia’s website, which says the company is looking for a producer to lead an RTX remaster project.

Often, a company will remove such ‘leaks’ as soon as the press gets a whiff of what’s going on – which we interpret as a sign that the company isn’t quite so certain about the project or product and won't fully commit to the public. The job listing in question, however, was posted 19 days ago, and has yet not been removed despite being written about by a handful of sources. Consequently, we’re quite certain this will go through – and Nvidia intends for the world to know that this is happening.

“NVIDIA is kicking off an exciting new game remastering program. We’re cherry-picking some of the greatest titles from the past decades and bringing them into the ray tracing age, giving them state-of-the-art visuals while keeping the gameplay that made them great.” Reads the job listing, “The NVIDIA Lightspeed Studios team is picking up the challenge starting with a title that you know and love but we can’t talk about here! We’re building a team of talented, dedicated game developers who are ready to get going quickly.”

Of course, it isn’t exactly ‘news’ that Nvidia launched the Lightspeed Studios and is remastering games. Back in May it announced that it was working on Quake II RTX, which has been available for free download since June 6th. The studio also previously had worked on a trio of titles: Half-Life 2, Doom 3, and Portal, but these were for the Nvidia SHIELD and consequently didn’t have any ray tracing.

As quoted above, the listing says that Nvidia is working on “a title that you know and love,” but won’t mention which that is. Only time will tell.