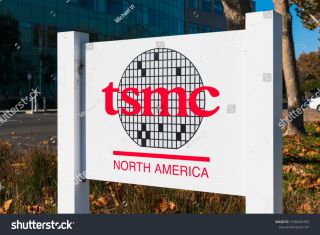 It doesn't seem like 7nm chips are going to be in ready supply in the first half of 2020. DigiTimes today reported that TSMC customers are dealing with six-month-plus lead times for chips made with the semiconductor manufacturer's 7nm process.

Those chips have been in short supply for a while now--DigiTimes reported in September 2019 that lead times for TSMC's 7nm chips tripled from two months to six because of higher-than-expected demand for the company's latest offerings.

That demand has been good for TSMC, with IC Insights reporting last September that the company's 7nm process was its fastest-growing process to date, and companies are expected to be even quicker to switch to chips made with its 5nm process.

They might not have to wait long: TSMC has reportedly committed to raising its capital expenditure by roughly $4 billion. Some of that ($1.5 billion) will go towards increasing 7nm capacity, with the rest ($2.5 billion) going towards 5nm production.

TSMC said during an earnings call in July 2019 that it expected to start volume production of its 5nm chips in the first half of 2020. Some of its customers, including Apple and Huawei, are reportedly planning to use those chips in phones this year.

That switch, along with TSMC's commitment to increasing 7nm production, could help reduce the lead times heading forward. That would probably be welcome news for AMD--which is set to become TSMC's largest 7nm buyer--and other companies.

DigiTimes said the supply of 7nm chips might not improve as much as expected, however, because Intel's rumored to be eyeing them itself. But there's no guarantee that will happen, so it's hard to predict what the second half of 2020 will look like.

Right now, it appears that the first half of 2020 will look a lot like the second half of 2019 for TSMC's customers, though. They need to decide if they're sticking with 7nm or switching to 5nm later this year if they want their orders to be ready in time.