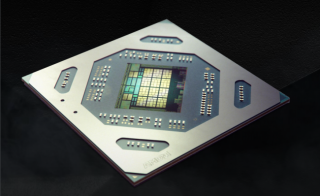 According to a new report by Reuters, the Trump administration has been fighting to block the licensing of the 7nm EUV process technology developed by the Dutch company ASML to Semiconductor Manufacturing International Corp (SMIC), one of China’s largest semiconductor firms.

For more than a decade, researchers have been developing extreme ultraviolet lithography technology which would allow chip manufacturers to design ever smaller chips on smaller manufacturing processes. Companies such as TSMC and Samsung have already started using EUV technology from ASML for their own 7nm chips, and Intel is poised to license the technology, as well.

China however has also made it a priority to catch-up to western chip manufacturers, so gaining access to EUV technology is a must in order to achieve that goal. However according to Reuters, once the U.S. government discovered in 2018 that the Dutch government had given ASML a license to sell EUV technology to a Chinese company, it fought for months to get that license cancelled.

When the Netherlands Prime Minister, Mark Rutte, visited the White House in July of 2018 Deputy National Security Advisor, Charles Kupperman, raised the issue with the Dutch officials. An intelligence report provided by the U.S. Government showed the repercussions that could follow on from allowing the Chinese access to the technology. Soon after, the Dutch government cancelled the license renewal that ASML needed to ship an EUV machine to SMIC.

The blocked shipment was first revealed by the Nikkei Asian Review on November 6, but details of the U.S. pressure campaign against Dutch officials were not yet known at the time. Although there's been no official statement from ASML regarding Reuters' report, it has stated that it’s only waiting for the license to be approved so it can ship the technology to the Chinese company.