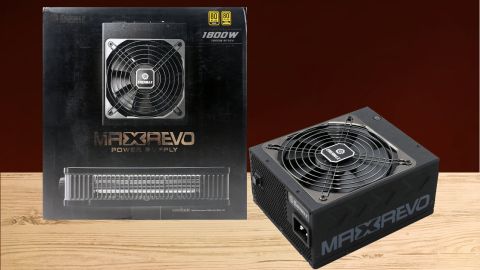 The Enermax EMR1800EXT has good build quality, it is powerful and comes with a double-ball bearing fan that will easily cope with increased operating temperatures. On the other hand, it is noisy even under light loads and its efficiency levels are low by today's standards. The unit is based on one of the last pure Enermax designs which was considered among the best during the time of its first release, but nowadays just doesn't look so impressive. Enermax should use a more efficient platform in such a high capacity unit and above all, the fan profile should be carefully designed to allow for silent operation under light and mid loads, which are a walk in a park for such a strong platform.

The stiff price tag is another problem of this product. With the same 400 bucks or 306 pounds users that can live with 1500W or 1600W instead of 1800W, can find much better units that offer higher performance and quieter operation. Moreover, the lack of a power switch is something that I really cannot understand, especially in high-end platforms. The only way to completely switch off a power supply, in order to safely work with the system components that it feeds with power, is to remove the power from it. This can be easily done through its power switch but if it doesn't have one, you will have to remove the power cable something that isn't so elegant (or have it connected to a power strip that has a power switch). Obviously Enermax didn't use a power switch in this unit because of the huge power levels that it would have to handle, so it would be prone to fails in the long run, but with a clever design, you can take some load off this switch.

I can only recommend this unit to users that don't care about the output noise and just need huge power levels. The only PSU able to deliver even more power is the Super Flower Leadex Platinum with 2000W capacity, which is not available though in the US. In Europe the Super Flower beast costs £420, so it is notably more expensive than the Enermax EMR1800EXT.

Prev Page Performance, Noise and Efficiency
Be In the Know