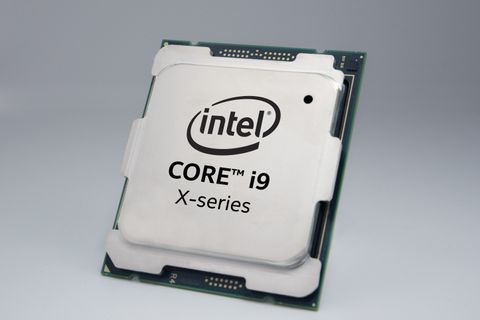 We ran an extra series of tests to reflect performance in workstation-class workloads. Some of these applications make an appearance in our standard test suite on the following page, but those test configurations and benchmarks are focused on a typical desktop-class environment. In contrast, these tests are configured to stress the systems with workstation-class workloads.

With the exception of the W-3175X system, we loaded down our test platforms with 64GB of DDR4 memory spread across four modules to accommodate the expanded memory capacity required for several of these workstation-focused tasks. Due to the W-3175X's six channel memory controller and our limited stock of high-capacity DIMMs, we used six 8GB DIMMs for a total capacity of 48GB. All systems were tested at the vendor-specified supported memory data transfer rates for their respective stock configurations, and DDR4-3600 for the overclocked settings.

We also conducted the tests on this page with a PCIe 4.0 Gigabyte Aorus SSD for all of the test systems, including the Intel platforms that are limited to PCIe 3.0 throughput. This will enable additional platform-level performance gains from the increased throughput of the faster interface supported by AMD's processors.

All Threadripper processors are tested in creator mode, meaning the full heft of their prodigious number of cores and threads are in action.

Puget Systems is a boutique vendor that caters to professional users with custom-designed systems targeted at specific workloads. The company developed a series of acclaimed benchmarks for Adobe software, which you can find here. We use several of the benchmarks for our first round of workstation testing, followed by SPECworkstation 3 benchmarks.

The After Effects render node benchmark leverages the in-built aerender application that splits the render engine across multiple threads to maximize CPU and GPU performance. This test is memory-intensive, so capacity and throughput are important and can be a limiting factor.

Focusing on the price-competitive processors, the stock -10980XE leads the 2970WX and Ryzen 9 3950X, but the 3950X profits heavily from overclocking. Bumping up the voltage on the -10980XE opens up a large divide between it and the rest of the test pool.

This benchmark measures live playback and export performance with several codecs at 4K and 8K resolutions. It also incorporates 'Heavy GPU' and 'Heavy CPU' effects that stress the system beyond a typical workload. Storage throughput also heavily impacts the score.

Feeding the third-gen AMD processors with the throughput of PCIe 4.0 certainly helps, but sheer brute computational force appears to be the name of the game. The Ryzen 9 3950X trails the -10980XE at stock settings, but overclocking again pushes the -10980XE into the lead.

The Threadripper processors prove their mettle with leading performance, but notice the Ryzen 9 3950X: That processor is significantly cheaper at $749 and drops into mainstream motherboards, which equates to lower overall platform pricing. It also only has access to a single dual-channel memory controller, yet manages to trade blows with Threadripper 3000's two dual-channel controllers. Given its pricing, and the performance you'll see throughout these workstation tests, the Ryzen 9 3950X steals the show.

The SPECworkstation 3 benchmark suite is designed to measure workstation performance in professional applications. The full suite consists of more than 30 applications split among seven categories, but we've winnowed down the list to tests that largely focus specifically on CPU performance. We haven't submitted these benchmarks to the SPEC organization, so be aware these are not official benchmarks.

We run the new Blender Benchmark beta in our regular suite of tests on the following page, but different types of render jobs can stress processors in unique ways. Here we can see a breakout of several industry-standard benchmark renders that largely favor the Zen 2 architecture.

The Ryzen 9 3950X is incredibly potent in the Blender and Handbrake benchmarks, leading the -stock -10980XE in the majority of the tests. Meanwhile, the 2970WX isn't as competitive with its price bracket, especially when you consider the 3950X's lower platform costs. Overclocking flips the script in favor of Intel's Core i9-10980XE, but but that gain requires a more expensive platform and cooler, not to mention populating a quad-channel memory controller. However, the seconds measured in these tests can turn to hours for prolific users, so gearing the purchasing decision towards your workload is critical.

The LuxRender benchmarks favor the -10980XE at both stock and overclocked settings.

More workloads are leveraging the massive computational power of GPUs to accelerate key portions of parallelized workloads. The LuxRender GPU test shows us that all of the processors in our test pool offer similar performance with the task offloaded to the GPU (the slim variances in run-to-run performance are expected).

NAMD is a parallel molecular dynamics code designed to scale well with additional compute resources, and again the Ryzen 9 3950X pulls ahead of the -10980XE at stock settings, but trails after overclocking.

SPECworkstation 3's Rodinia LifeSciences benchmark steps through four tests that include medical imaging, particle movements in a 3D space, a thermal simulation, and image-enhancing programs. The -10980XE inexplicably suffers in the heartwall simulation benchmark, but proves to be more competitive in the other Rodinia tests, indicating this may be another workload that doesn't 'mesh' well with Intel's mesh architecture.

The earth’s subsurface structure can be determined via seismic processing. One of the four basic steps in this process is the Kirchhoff Migration, which is used to generate an image based on the available data using mathematical operations. The same trend emerges: The -10980XE trails the 3950X at stock settings, but benefits from tuning.

Calculix is based on the finite element method for three-dimensional structural computations. This benchmark performs well on the Intel processors, with the -10980XE being particularly impressive. Again, the Ryzen 9 3950X pops delivers surprisingly strong performance, but doesn't benefit much from overclocking.

SRMP algorithms are used for discrete energy minimization. The -10980XE wins this benchmark in convincing fashion, while the 2970WX suffers at the hands of its distributed memory architecture.

The Monte Carlo simulation is used to project risk and uncertainty in financial forecasting models. Intel's finest trails the test pool at stock settings, once again falling to the mighty 3950X. It even trails the 2970WX in these tests.

The Python benchmark conducts a series of math operations, including numpy and scipy math libraries, with Python 3.6. This test also includes multithreaded matrix tests that would obviously benefit from more cores, provided the software can utilize the host processing resources correctly. Naturally, the multithreaded matrix workload favors Threadripper 3000, but the Intel processors dominate the numpy and scipy tests. This is due to their compilation in Intel's MKL library, but alternative libraries would improve AMD's standing.