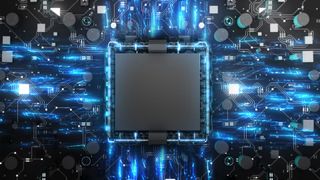 Your CPU has a huge effect on overall performance and, to many, is a computer's most important component. But when it comes time to buying a CPU for your desktop, you'll find a dizzying collection of model numbers and specs from both Intel and AMD. We've listed our the best CPUs for gaming and best processors for work in other articles, but if you want to know how each chip stacks up against all the others and how we come to our decisions, this CPU Hierarchy is for you.

Below, we've ranked all the consumer Intel 9th, 8th and 7th Gen processors, along with AMD's Ryzen and Threadripper chips from all three generations. We determined the order in the first table based on a geometric mean of gaming performance in four titles: Grand Theft Auto V, Hitman 2, Final Fantasy XV, and World of Tanks.

The most powerful chip gets a 100 and all others are scored relative to it. If you want our recommendations for specific price bands, please check out our Best CPUs for gaming page.

Look out for a new and fun addition soon: We'll be adding in our first non-Intel and non-AMD x86 processor to the hierarchy in the coming days, but you'll have to guess which one. We'll also be adding 20 more AMD/Intel entries in the coming weeks.

We used the Nvidia GTX 2080 Ti GPU for our tests at HD resolution. We have also included several newer processors that we haven't tested yet, but we've assigned them basic positions in our hierarchy based on their capabilities. Naturally, this list will grow as we add more processors.

You may be surprised to find that some less-expensive chips ranked above their upscale siblings. For example, the Core i7-9700K comes out ahead of the Core i9-9900K on this list because it offers better performance in some games due to its lack of hyperthreading, which was enough to help it do better on the overall suite of tests. However, depending on the application, you may see stronger results from the higher-end chip.

Single-threaded performance is often tied directly to the responsiveness and snappiness of your PC in any number of daily applications, like loading an operating system or surfing the web. This metric largely depends upon a mixture of instruction per cycle (IPC) throughput (the number of operations the chip can execute in one clock cycle) and frequency, which is the speed at which the transistors switch between on and off states. However, a whole host of other considerations, such as cache, architecture, and interconnects (like rings, meshes, and infinity fabric) impact this measure of per-core performance, so these results do not align perfectly based upon clock frequency. Instead, performance varies with each application and how well it is tuned for the respective architectures.

Like we see with single-threaded performance metrics, multi-threaded performance, which is a measure of a chips performance in applications that utilize multiple software threads, varies based upon a whole host of architectural factors. It also depends heavily upon how well the software scales with additional compute cores. As such, these results do not align perfectly based upon core/thread count, though it does serve as a decent litmus of multi-threaded performance. Be aware that architectures, caches, and interconnects also have a profound impact on these results, as all of these factors impact how well performance scales with additional threads. Performance rarely scales perfectly with the addition of more cores/threads, so the scaling factor of each processor architecture weighs in heavily on the value proposition of going with a higher core count processor for your specific application.

Recognizing that a lot of older platforms are going to be paired with graphics subsystems multiple generations old, we wanted to define the top of our range to encourage balance between host processing and complementary GPUs. At this point, anyone with a Sandy Bridge-based Core i7 would realize a gain from stepping up to Coffee Lake or Kaby Lake, for example. And putting AMD's top FX CPUs next to a handful of Core i7s and those older Core i5s represents an upgrade to their status.

Currently, our hierarchy consists of 13 total tiers. The bottom half of the chart is largely outdated; you'll notice those CPUs dragging down performance in the latest games, regardless of the graphics card installed in your PC. If you own a CPU in that range, an upgrade could really take your experience to another level.

Really, it's the top five tiers or so that remain viable. And in that top half of the chart, an upgrade is typically worthwhile if it's a least a couple of tiers higher. Otherwise, there's just not enough improvement to warrant the expense of a fresh CPU, motherboard and RAM (not to mention the graphics card and storage solution you'd be considering as well).