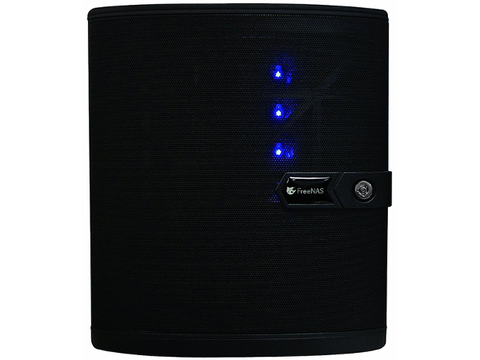 The following workload tests have been around for so long that they're considered industry standards. The way we present the average response times are not. The first line graph shows workload performance with scaling queue depth. The second chart shows average response time correlated to the number of IOPS. In many of these tests, users target a maximum amount of latency. An application may require less than 10 milliseconds of latency, so the system administrator will aim for workloads that stay under the target. The amount of IOPS tells the administrator how much load the system can handle while staying within the response time range.

In order to make the graphs presentable, we had to use a different scale for the response time. The first three sections show the response time to 100ms. The next line shows the scaling to 1000ms, a 10x increase from one line to the next. Without the large scale increase, the FreeNAS Mini barely lifts off of the baseline.

The fact that we had to adjust the scale speaks volumes about the FreeNAS Mini. The system is in another product category with this type of workload and pushed to maximum load.