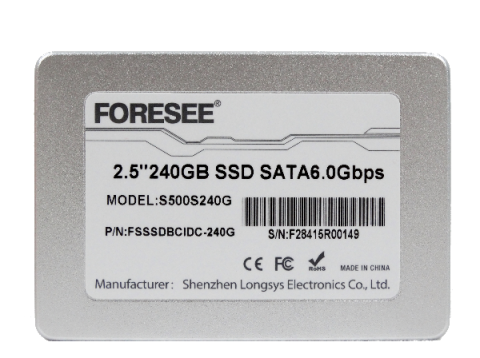 We assembled a handful of TLC-based SSDs for today's comparison, including the Crucial MX200 with Micron's 16nm MLC. Micron plans to release 16nm TLC in 2016, which should further reduce the cost of flash. But its 16nm MLC was designed to combat the threat from Samsung's and Toshiba's three-bit-per-cell memory.

TLC-based drives don't have a problem reading data back from flash. Our testing shows that TLC is comparable with MLC when it comes to sequential read performance over SATA. It's actually a little surprising to see the TLC-equipped SSDs outperforming our only MLC-based drive at a queue depth of two.

But Longsys' S500 falls to the lower end of the graph with two outstanding commands. It still delivers well over 500 MB/s though, so it'd take a discriminating enthusiast to notice a difference.

Our sequential write performance chart shows a lot more variation. This is due to TLC-based products relying heavily on an emulated single-level-cell cache. The problem with this buffer is that it's small, so it fills up quickly. Our testing involves a reasonable amount of conditioning, which allows us to push beyond best-case conditions and present the performance you'll encounter in the real world.

Random read performance is lower on the Longsys S500 and the Adata SP550, both of our SM2256-based contenders.

Of the numbers presented in this section, the one we value most involves random reads at a queue depth of one. It's an important metric that directly relates to your user experience. Longsys' Foresee S500 is slightly faster than Adata's SP550 and OCZ's Trion 100. But it appears well below the QD1 performance available from Samsung's 250GB 850 EVO, though.

The random write tests show even more separation between the best and worst products. Samsung's 850 EVO manages to compete with the 16nm MLC-based Crucial MX200. SanDisk's Ultra II sits on an island in the middle, while the Longsys, Adata and OCZ drives trail.

Under normal use, random writes from multitasking stack easily. Because of this, we like looking at the numbers at a queue depth of two or four most of all. A wide separation between our represented models make it easy to identify two distinct performance groups.