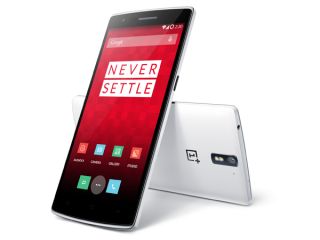 Origins Of The OnePlus One

OnePlus made waves in 2014 by offering a smartphone with flagship specs at a mid-range price. The OnePlus One, which we reviewed, is the company’s first and only product to date. Before its launch last year, we spoke with Carl Pei, Director of OnePlus Global, about the One’s hardware and software development in a three part interview, which you can read here: Part 1, Part 2, Part 3.

On the last day of CES 2015, we sat down with Carl Pei once again to discuss the challenges of bringing the OnePlus One to market, how the company is coping with its success, and where OnePlus is going next.

Tom’s Hardware: Tell us a little about the history of OnePlus. What were the factors that led to its creation?

Carl Pei: The original idea of OnePlus kind of formed back in August, 2013. We were in a cafe, and a few of the cofounders sat there and put our phones on the table, and we realized that a lot of people were actually using iPhones. Back then all of us were working with other Android manufacturers. So we started asking ourselves, ‘Why do we all use iPhones?’. We came to the conclusion that Apple is one of the only companies that really focuses on the product. A lot of the Android manufacturers back then were focusing a lot on the marketing or gimmicky features that might sound good when you read the ad but aren’t really useful in day-to-day use. So we thought, ‘Why not create a product that’s just as good the first time you use it as the one-hundredth time you use it?’ We don’t want to create a feature that you’re only going to be happy about the first week and then forget about. We saw an opportunity because no one else was doing this in the Android space. At the same time, there’s also two other trends. The first trend is that more and more of the smartphone sales are moving from offline to online. The second is that, especially in North America, a lot of it is moving from locked to contract free. So basically, we saw three big opportunities and we wanted to create a company focused around this.

TH: When you first started, and probably even now, there was a lot of confusion about your relationship with Oppo. Could you explain the relationship between OnePlus and Oppo?

CP: So every company, every startup will need investors. Just because a company has investors doesn’t mean that it’s a wholly owned company or a sister company or a daughter company. Because of the fact that the investors of Oppo invested in us, that caused some confusion in the beginning. But we’ve been pretty clear when we’ve been communicating saying, ‘Hey, it’s not the same company.’ Soon we’ll close our series A round of investment, and this investment will come from a Silicon Valley VC. Going forward, as we differentiate more and more in terms of investors, I think this relationship should be more clear. No matter how we try and explain it there’s always some skeptical users online that will never believe what you say—conspiracy theorists. But I think as we become bigger, and as we diversify our investors, this will eventually pass.

TH: I noted in our review of the One that it was rather ambitious for OnePlus to compete head-to-head with Apple and Samsung in the high-end market with its first phone. Why did you choose that strategy rather than shooting for a mid-level or low-end phone for your first device?

CP: So we never actually had a strategy saying ‘Hey, let’s make a cheap device first and see what happens.’ The reason why the OnePlus One is reasonably priced is not because it’s cheaper to make. I think it’s actually more expensive to make due to our smaller scale and because we use a little bit better components then the competing flagships. It’s just due to the marketing. We spend very little money on marketing. I think the entire year of 2014 we spent around $10,000 in marketing. And we have very low distribution costs because we sell direct to the consumer. So that’s the reason why it’s reasonably priced. And in terms of marketing, our users are also very important in this because they have to invite their friends to buy the phone, which means that if they like the product they’ll become an evangelist for the product. At the same time, it also forces us to create a good product because you’re not going to recommend a poor product to a friend. So I think it’s a win-win in terms of users and also for OnePlus. The only one who loses out is the traditional middle man. Why didn’t we create a cheap phone to begin with? To be honest, our team doesn’t really have experience in creating cheap products. So if you told us to create a $100 phone or a $150 phone, we have no experience in that and we’re not that good with shaving cost off the device. I think this is what we can do for now. This year we might look into another price range but it’s not going to be very cheap. It’s still going to be $200 or more.

TH: You just started off building the phone you wanted?

CP: Yes, and then we looked at, 'How much does it cost for us to build this phone?', and 'How much can we sell it for?' basically.

Current page: Origins Of The OnePlus One