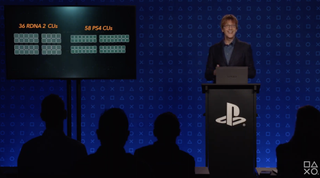 A report from Bloomberg today claimed that the PS5 price could be higher than anticipated and that launch quantities will be lower than Sony has previously said, shedding light on a potential rocky start for the next generation of gaming.

In late March, Sony told Bloomberg that it “doesn’t see any notable impact” from the coronavirus outbreak on the PS5 launch, and while that may be true, the publication is now warning that consumers should expect shortages regardless.

Based on anonymous sources who are “familiar with the matter," Bloomberg reported today that Sony is planning to produce “far fewer units” of the PS5 for release than it had for the PS4.

Bloomberg said Sony is "limiting its initial production run in part because it expects the PS5’s ambitious specs to weigh on demand by leading to a high price at launch." It added that the while COVID-19 didn't hurt production capacity, it interrupted marketing plans.

Other sources involved in the console’s supply chain gave Bloomberg specific numbers, pointing to Sony planning to make 5 -6 million units of the PS5 in the fiscal year ending March 2021. That's over 1 million units short of the 7.5 million PS4 consoles that the company sold in just the first two quarters after the system's release.

The announced PS5 specs are already somewhat weaker than the upcoming Xbox Series X specs. Unnamed game developers who have been working on titles for the system reportedly told Bloomberg to expect the PS5 to release with a price tag “in the region of $499 to $549,” which exceeds the outlet’s previous estimates of $450.

However, video game consoles have historically sold at a loss to encourage broader platform adoption, leading analysts like Macquarie Capital’s Damian Thong to say that “I think both the PS5 and Xbox Series X may end up at US$450 even though they would lose money at that price.”

Bloomberg Intelligence analyst Matthew Kanterman also suggested that increasing component costs continue to push up the price required for Sony to break even on the console. This could jeopardize the more powerful--and, thus, likely more expensive to produce-- Xbox Series X if Microsoft wants to match prices with the PS5.

Suppliers are already shipping PS5 components to assemblers, who are set to begin mass production for the console by June, Bloomberg noted. However, the outlet's sources warned that “PS5 production volume could still change depending on the COVID-19 situation,” with the publication adding that travel restrictions are currently preventing Sony engineers from flying to China to direct final assembly adjustments.