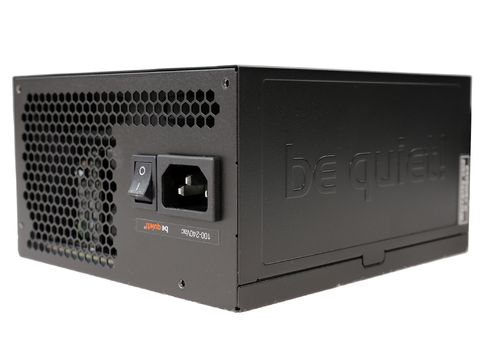 The 90-92% efficiency region is very small On the contrary, the 85-90% region covers most of the PSU's efficiency map.

We applied half-load for 10 minutes with the PSU's top cover, along with its cooling fan, removed before taking photos with our modified FLIR E4 camera that delivers 320x240 IR resolution (76,800 pixels).

Temperatures on the primary side are normal, with the bridge rectifier staying below 70°C. This isn't the case for the secondary side though, where we notice close to 100°C on the +12V heat sink and even higher temperatures on the coils used for regulating the rails. Clearly this PSU isn't meant for passive operation, especially under the conditions we applied.