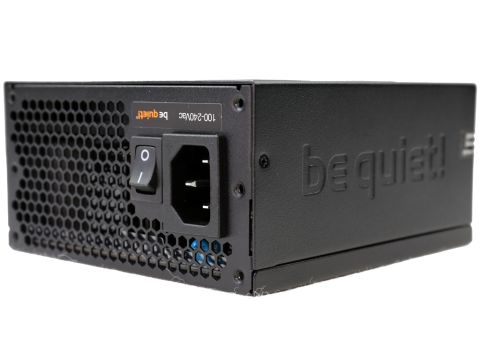 Using results from the previous page, we plotted a chart showing the SFX L Power 600W's efficiency at low loads, and loads from 10 to 110 percent of its maximum-rated capacity.

Under normal loads, this platforms achieves a high overall efficiency score. Meanwhile, it lands around the middle of the pack with light loads.

In the following tests, we measure the SFX L Power 600W's efficiency at loads significantly lower than 10 percent of its maximum capacity (the lowest load the 80 PLUS standard measures). The loads we dialed were 20, 40, 60, and 80W. This is important for representing when a PC is idle, with power-saving features turned on.

With 20W load, we would like to see over 70% efficiency. At 40W, it'd be great to calculate 80% efficiency. However, this PSU can't quite get there. In addition, its fan spins fast to facilitate decent airflow. We run these tests at >36°C, after all. Fortunately, noise output remains low.

The 5VSB rail's efficiency levels are good, given that we see one reading over 80% and two others in the same neighborhood.

All in all, the fan profile is relaxed given this PSU's compact dimensions.