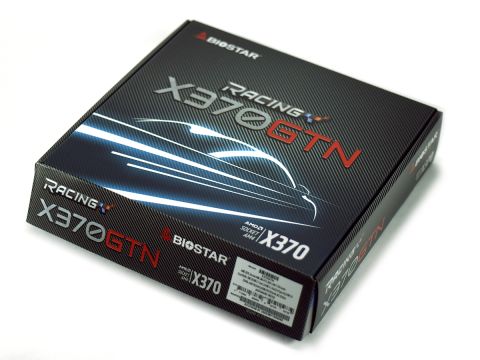 Following the Racing brand’s theme, the GTN continues where the Biostar GT7 left off and provides a virtually identical user experience. As with most major manufacturers on the market now, Biostar implements a revision of the AGESA 1.0.0.6 code base into its UEFI for improved memory stability.

Biostar listened to its fans and with this update tweaked its methods for implementing overclocking, using a multiplier-based setting rather than the previous FID and VID settings in the Custom Pstates menu. Overall, the UEFI is serviceable but lacks some of the glitz and glam that other vendors provide.

We kind of breezed through some of the extra items in the previous Biostar AM4 UEFI, so let’s jump into those. Fan control is accessible through the Advanced tab, where various control modes can be defined to use either preset thresholds or custom fan curves. Fan calibration is also included in this menu where the UEFI determines the upper and lower RPM thresholds. What it lacks in graphical finesse, it makes up for in practicality, a common theme for the GTN UEFI. If the Vivid LED DJ application is too clunky from the OS, users can tweak the patterns and colors of the on-board and attached LEDs within the O.N.E. menus.

PC Health Status and SATA Configuration in the Advanced menu show the typical system voltage measurements and devices connected to the system. The Compatibility Support Module Configuration remains untouched in our testing. CPU tweaking and memory overclocking are available through the O.N.E. menus, which we will cover in just a bit.