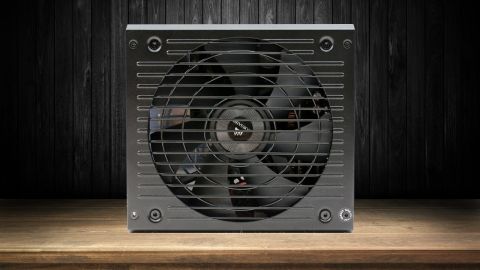 The load regulation is satisfactory at +12V and tight on the minor rails.

The hold-up time exceeds 17ms, while the power ok signal is accurate.

The inrush current is at normal levels with 115V input. With 230V is on the high side, though.

The passive operation lasts for quite long if the load on the minor rails remains low. With 20%, 50% and full load the power supply easily meets the corresponding 80 PLUS Gold standard's requirements, even under the high operating temperatures that we apply.

In the following tests, we measure the RM750's efficiency at loads significantly lower than 10% of its maximum capacity (the lowest load the 80 PLUS standard measures). This is important for representing when a PC is idle with power-saving features turned on.

High efficiency numbers and minimized noise output, since the PSU's fan is not spinning.

Next, we plotted a chart showing the RM750’s efficiency at low loads, and loads from 10 to 110% of its maximum-rated capacity. The higher a PSU’s efficiency, the less energy goes wasted leading to a reduced carbon footprint, besides lower electricity bills.

The efficiency under light loads is super high.

The 5VSB rail is efficient enough.

With light loads on the minor rails, the unit's passive operation lasts up to 300W loads, even under high operating temperatures.

Because we push hard the minor rails (5V & 3.3V), the power supply engages its passive operation only for very short periods. Nonetheless, the fan speed is kept low in general and so does the output noise.