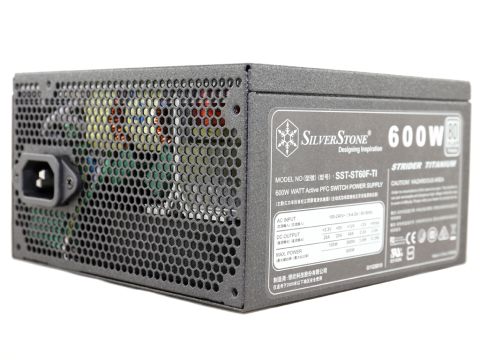 Not only is the hold-up time lower than 17ms, but the power-good signal also lasts much longer. When it drops, the rails are already out of spec. This is a major downside for a PSU, especially a high-end one.

The inrush current is pretty high, mainly with 115VAC input.

Load regulation at +12V is super tight, especially for a Titanium-rated PSU. Usually, compromises have to be made to enable low energy losses. Regulation is good on the 5V and 5VSB rails as well, while at 3.3V the deviation is within 2.5 percent.

But let's skip to the important part: this PSU's efficiency levels. Under 10 percent load, the 90 percent efficiency mark is passed; the same goes for our 20 percent load test. With 50 percent load, we should measure at least 94 percent efficiency. Instead we get a much lower reading of 92.71 percent, though. Finally, under full load, the PSU approaches 90 percent so we're giving it a pass. Obviously the low reading at 50 percent load has to do with high ambient temperatures compared to the conditions used by the 80 PLUS organization. No doubt this is a highly efficient PSU, though we've seen Titanium-rated units scoring better.

The fan profile becomes aggressive once the PSU's operating temperature exceeds 35 °C. So, only during the first two tests noise is kept at low levels. Under 40 percent load and up, the acoustics worsen. We also noticed an increased fan bearing noise during the 40 and 60 percent tests. Finally, the PF readings are pretty high, even during the first test where the load level is only 60W.

Prev Page A Look Inside And Component Analysis Next Page Efficiency, Temperature And Noise
4 Comments Comment from the forums
Be In the Know