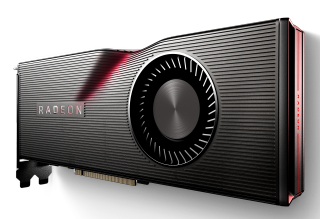 Although you don’t absolutely need this new driver to run Call of Duty: Modern Warfare with your AMD graphics card, AMD claims it'll brings an 18%  improvement with the game on the AMD Radeon RX 5700 XT compared to the 19.10.1 driver. The driver is said to yield an 8% performance boost in The Outer Worlds on the RX 5700 XT. These results are based on AMD's testing on high presets. However, if you’re running a different AMD graphics card, there’s a good chance you’ll benefit from this new driver too.

Naturally, there are some other fixed issues and known issues that remain.

You can download the Radeon Software Adrenalin Edition 19.10.2 Driver for Windows 10 64-bit here.