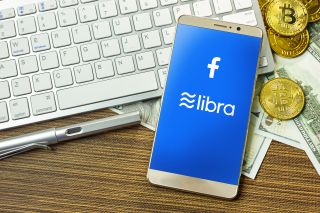 Facebook announced its Libra cryptocurrency project in June with support from major financial institutions, tech companies, and other magnates of industry. But it lost several important backers on Friday as Visa, Mastercard, Stripe and eBay all pulled their support just days before the first official Libra Association meeting.

Libra was supposed to "reinvent money" and "transform the global economy." (While simultaneously making Facebook even more important to people's lives, naturally.) Regulators were quick to raise concerns about the project, however, with regulators from the U.S. and France both opposing Libra in the months since its revelation.

Those concerns vary. Some lawmakers have feared that Libra would enable criminal spending, much like other cryptocurrencies, or be used to support terrorist organizations. Others worried that Facebook and its partners wouldn't actually be able to keep Libra users' funds safe against hackers and other malicious actors.

Members of the Libra Association would presumably be held accountable for how the cryptocurrency is used when it finally debuts. They were also expected to financially support the project--Facebook reportedly asked for an initial investment of at least $10 million from each member--to solidify their commitments.

All of which means that members of the Libra Association were facing scrutiny from global regulators over a cryptocurrency primarily controlled by Facebook with the help of tens of millions of dollars contributed by established companies. And that's all happening while Libra is just a concept; it's not expected to debut until 2020.

So which is more surprising: the fact that Visa, Mastercard, Stripe, eBay and PayPal left the Libra Association just a few months after its formation, or the fact that 23 other companies were still willing to bet that Facebook's attempts to introduce its own cryptocurrency wouldn't be stymied by intense regulatory scrutiny?