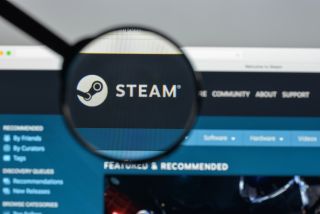 Up until now, the best way to use Steam on a Chromebook would be to run Linux. It doesn't really work all that well through Crostini, though, but it appears that Google is working on getting Steam supported on Chrome OS.

The news comes courtesy of Android Police, who had an interview with Kan Liu, the Director of Product Management for Chome OS.

It isn't immediately clear whether this is something Google is working on single-handedly, or if Valve is also in on the project. If it succeeds, it would make Steam the only significant locally-installed gaming store on Chrome OS, giving Valve an advantage over its competitors.

It's not all flowers and roses though, as there are three primary factors that would notably hamper the attraction of installing Steam on a Chromebook: notebooks with Chrome OS typically have no significant GPU power, and the selection of AAA titles on Steam for Linux is quite limited (though there are some games that work).

What's interesting here is Google Stadia. With a platform such as the Chromebook and their limited hardware, one would expect Google to suggest players stream games rather than attempt to run them locally.

Nevertheless, Liu indicated in the interview that he expects more powerful Chromebooks to come, indirectly hinting at systems with AMD APUs. He wouldn't comment on Nvidia GPUs, but did mention that the Vulkan API might help make the platform more accessible.

No time frame was given for when Steam is to land on Chromebooks. For now, this is just a project, so we'll have to see in due time what really comes of it.