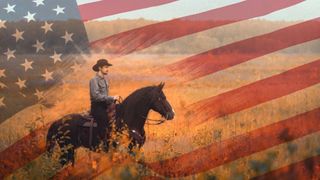 It took Rockstar Games over a year to bring Red Dead Redemption 2 to PC. The game's predecessor has fared even worse--it's never made its way beyond consoles. A fan project called "Red Dead Redemption: Damned Enhancement Project" was supposed to change that, but Polygon reported Sunday that publisher Take-Two Interactive filed a lawsuit against its developer to prevent further work on it.

The project was undertaken by a developer named Jonathan Wyckoff. Torrent Freak reported that Take-Two Interactive filed suit against Wyckoff the day after Christmas. Polygon said that Wyckoff tweeted about the project's cancellation on December 27:

"Take Two fine you win. RDR1 project cancelled. Stop the law suit i have a damn life. You guys should had waited i was gonna contact you this week. Geez you don’t need to sue. Despite what you think you guys really killed modding.”

"We in talks with Take Two. No further tweets on anything on this. I deleted last tweet as i want to be as open to show i want to sort this. Thank you guys for support and hope you understand."

It's not clear if those talks are simply meant to end the lawsuit or if there's potential for Wyckoff to assist with official efforts to bring Red Dead Redemption to PC. We suspect it's the former, because even though companies hiring modders and hackers isn't without precedent, it's also not the norm. But hopefully this outlaw developer makes Take-Two and Rockstar Games realize there's demand here. Or, to put it a way that's in keeping with the spirit of the games: There's gold in them hills.