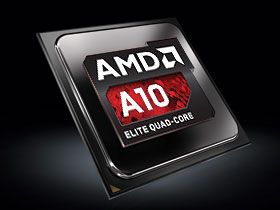 Richland APUs Make Their Way To The Desktop

AMD's Kabini: Jaguar And GCN Come Together In A 15 W APU showed us what the company's Jaguar and GCN architectures could accomplish between 4 and 25 W TDPs. But, on the desktop, AMD isn't quite ready to make the leap to a next-gen design. It just introduced its desktop-oriented Richland APUs, which aren't really new at all. Rather, you can think of them as power-optimized Trinity parts, sporting the same Piledriver-based x86 cores and VLIW4 graphics configuration. Moreover, Richland-based APUs have been available to mobile device makers for months. The only real revelation is that we're getting this update in the desktop and low-voltage mobile spaces now.

In the table above, we see the new mobile-oriented options spanning 17 to 25 W TDPs. Richland isn’t much different from Trinity, but it's more efficient thanks to specific Turbo Core optimizations that include a greater number of P-states to facilitate more granular power and performance levels.

And then we have the desktop-specific Richland parts. The very fastest model enjoys a 300 MHz base clock rate bump compared to the A10-5800K, along with official support for 2133 MT/s DDR3 memory (the other SKUs top out at 1866 MT/s memory). Also, its GPU is 44 MHz faster than the prior-gen version. And yet it fits within the same 100 W TDP.

Like the Trinity-based APUs before them, these Richland designs plug into a Socket FM2 interface. A BIOS update should be all that you need for compatibility with existing A55, A75, and A85 platforms.

And what about those shiny new Radeon model numbers? That's marketing being bad. We were already dealing with Radeon HD 7000-series naming on APUs, which was confusing because AMD's desktop 7000-series GPUs are commonly associated with the GCN architecture. Now we have 8000-series nomenclature. And yet, we're still working with the VLIW4 configuration that was around back when AMD was shipping Radeon HD 6900-series cards. Architecturally, the only difference between Richland's Radeon HD 8000 graphics and Trinity's Radeon HD 7000 graphics is the name.

Again, the top-end A10-6800K gets 2133 MT/s memory support, which is particularly meaningful for its on-die graphics engine given a lack of shared L3 cache. The theoretical 34 GB/s of DDR3 bandwidth should go a long way to improve frame rates in the games we'll be testing. With that said, let's move on to why we aren't able to test Richland's Dual Graphics feature today...

Current page: Richland APUs Make Their Way To The Desktop

Next Page AMD Dual Graphics: Not Ready For Benchmark Results
97 Comments Comment from the forums