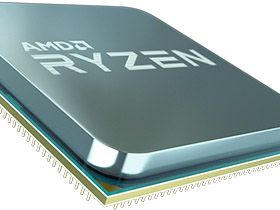 Pre-release Cinebench and Blender benchmarks showing Ryzen ahead of Core i7-6900K gave enthusiasts hope they'd have a cheaper alternative to Intel's brawny Broadwell-E-based CPUs. And while it's fair to say the Ryzen launch went well for AMD in comparisons of pricing and professional application performance, gaming didn't paint the processor in a very good light at all.

We are always willing to make some concessions in the name of value, so Ryzen doesn't have to beat Intel's offerings across the board. It just needs to be competitive. Where that line exists for you is completely subjective. But for many, Ryzen’s frame rates are too low, even in light of its attractive pricing. And if gaming is the primary purpose for your PC, it's hard to ignore faster and cheaper Kaby Lake-based Core i7s and i5s that serve up better results in many popular games.

Theories abound as to why Ryzen processors are struggling in gaming metrics, but some of the disparity no doubt comes from an IPC and clock rate deficit compared to Intel's Kaby Lake design. The issue also appears to stem from AMD’s Zen architecture and how applications navigate its cache hierarchy.

The Zen architecture employs a four-core CCX (CPU Complex) building block. AMD outfits each CCX with a 16-way associative 8MB L3 cache split into four slices; each core in the CCX accesses this L3 with the same average latency. Two CCXes come together to create an eight-core Ryzen 7 processor (image below), and they communicate via AMD’s Infinity Fabric interconnect. Data that traverses the void between CCXes incurs increased latency, so it's ideal to avoid the trip altogether if possible.

Unfortunately, threads migrate between the CPU Complexes, thus suffering cache misses on the local CCX's L3. Threads might also communicate with other threads (and their data) running on the CCX next door, again adding latency and chipping away at overall performance.

AMD noted in a recent blog post that most games aren’t optimized for its implementation of simultaneous multi-threading, which is particularly painful due to Ryzen’s core advantage. In fact, we’ve found that disabling SMT actually improves the chip's performance in games like Ashes of the Singularity, Arma 3, Battlefield 1, and The Division.

Ryzen represents AMD's first attempt at an SMT technology, so teething pains on the application side are understandable. Two game developers have come forward and voiced their intention to support AMD’s implementation in future updates, and AMD says it seeded the industry with 300 developer kits to jump-start the optimization effort. There are thousands of games, though. While many existing titles probably won't receive patches written with AMD in mind, we do hope that newer titles incorporate the code needed to run more smoothly.

According to AMD, this problem doesn't relate to the Windows scheduler. Normally we'd say that's a good thing, since it doesn't depend on Microsoft to fix. But if the issue was tied to the operating system, a single update could optimize for AMD's processors, similar to what we saw with Bulldozer in the Windows 8 days. Instead, we have to look out for improvements one application at a time.

AMD also points out that Ryzen is more competitive at 3840x2160 than at lower resolutions, such as 1920x1080. Obviously, gaming at higher resolutions shifts the bottleneck over to your GPU. So while AMD's observation is true, it isn't indicative of better processor performance, but rather the architecture's weakness hidden behind a slammed GPU. Many of us use our CPUs for several years, and as we swap out for faster graphics cards, the bottleneck will start swinging back to host processing. In many ways, today’s 4K is tomorrow's QHD.

The Socket AM4 ecosystem holds great promise, but our experience with the top motherboard manufacturers (and indeed their experience with AMD's chipsets) has been less than ideal. We've received a flurry of updates in the days leading up to and following Ryzen 7's launch. In some cases, new firmware improves performance. In others, the fix shines light on the underlying issues. General platform instability aside, we get the sense there wasn't enough preparation pre-launch, and AMD's partners are scrambling now as a result. But there's hope that things will get better. AMD recently announced it's working on an updated power profile to better accommodate normal desktop usage patterns (more on that in a bit).

In the meantime, we want to better understand the state of gaming with a Ryzen CPU. Today's feature includes a number of popular titles and all three Ryzen CPUs. Though we're still working on our reviews of the Ryzen 7 1700X and 1700, digging deeper on gaming, specifically, was our top priority for follow-up after publishing the AMD Ryzen 7 1800X CPU Review.