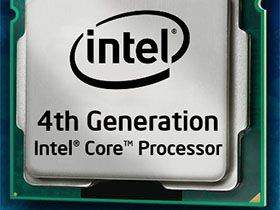 Editor's Note: The Core i7-4770K is now available! Get my impressions of the final silicon in The Core i7-4770K Review: Haswell Is Faster; Desktop Enthusiasts Yawn. It shouldn't surprise you to learn that the numbers and conclusions in this preview were pretty much spot-on!

We recently got our hands on a Core i7-4770K, based on Intel's Haswell micro-architecture. It’s not final silicon, but compared to earlier steppings (and earlier drivers), we’re comfortable enough about the way this chip performs to preview it against the Ivy and Sandy Bridge designs.

Presentations at last year's Developer Forum in San Francisco taught us as much as there is to know about the Haswell architecture itself. But as we get closer to the official launch, more details become known about how Haswell will materialize into actual products. Fortunately for us, some of the first CPUs based on Intel's newest design will be aimed at enthusiasts.

According to Intel’s current plans, you’ll find dual- and quad-core LGA 1150 models with the GT2 graphics configuration sporting 20 execution units. There will also be dual- and quad-core socketed rPGA-based models for the mobile space, featuring the same graphics setup. Everything in the table above is LGA 1150, though. All of those models share support for two channels of DDR3-1600 at 1.5 V and 800 MHz minimum core frequencies. They also share a 16-lane PCI Express 3.0 controller, AVX2 support, and AES-NI support. Interestingly, four of the listed models do not support Intel's new Transactional Synchronization Extensions (TSX). We're not sure why Intel would want to differentiate its products with a feature intended to handle locking more efficiently, but that appears to be what it's doing.

The much-anticipated GT3 graphics engine, with 40 EUs, is limited to BGA-based applications, meaning it won’t be upgradeable. Intel will have quad-core with GT3, quad-core with GT2, and dual-core with GT2 versions in ball grid array packaging. GT3 will also make an appearance in a BGA-based multi-chip package that includes a Lynx Point chipset. That’ll be a dual-core part, though.

In addition to the processors Intel plans to launch here in a few months, we’ll also be introduced to the 8-series Platform Controller Hubs, currently code-named Lynx Point. The most feature-complete version of Lynx Point will incorporate six SATA 6Gb/s ports, 14 total USB ports (six of which are USB 3.0), eight lanes of second-gen PCIe, and VGA output.

Eight-series chipsets are going to be physically smaller than their predecessors (23x22 millimeters on the desktop, rather than 27x27) with lower pin-counts. This is largely attributable to more capabilities integrated on the CPU itself. Previously, eight Flexible Display Interface lanes connected the processor and PCH. Although the processor die hosted an embedded DisplayPort controller, the VGA, LVDS, digital display interfaces, and audio were all down on the chipset. Now, the three digital ports are up in the processor, along with the audio and embedded DisplayPort. LVDS is gone altogether, as are six of the FDI lanes.

Next Page Results: Sandra 2013
284 Comments Comment from the forums
Be In the Know