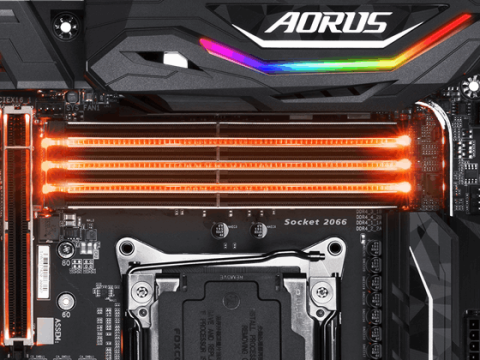 Intel’s latest platform has been anything but consistent concerning clocks, and that’s entirely due to the way various firmware has addressed things like multipliers and TDP limits. Of the comparison boards, the Asus Prime X299-Deluxe was the only sample to stay within Intel’s 140W guideline. Conversely, the X299 Aorus Gaming 7 hits a monstrous 239W, even with its automatic overclock (a firmware setting Gigabyte labeled “Enhanced Multi-Core Performance”) disabled. The ASRock and MSI samples fall between these extremes at 183W and 229W, respectively.

We already know that allowing the CPU to consume more power allows it to hold a higher multiplier, so this isn’t a completely fair performance comparison. Yet until Intel issues further guidance, we can still use power numbers to knock the performance leaders down a peg in our final analysis.

We see a little variation in 3Dmark and PCMark score, but nothing consistent enough to prove that more power always means more performance.

Synthetic benchmarks got even stranger in Sandra, as the ASRock sample led slightly in Arithmetic, and the X299 Aorus Gaming 7 led significantly in Multimedia. Sandra Cryptography is impacted by memory performance, so the board with the quickest advanced timings, MSI’s X299 Gaming Pro Carbon AC, led there.

The MSI X299 Gaming Pro Carbon leads the field in games, until its Nahimic Audio Solution software kills its Talos scores. A look back at its review shows that it would have led there too, if only that software were disabled.

The XTU full-load power numbers would have anyone guessing that Gigabyte might clean up on timed benchmarks, but the reality is that its only significant lead was in Blender CPU-based rendering.

Intel’s XTU showed a 10W difference between the Gigabyte and MSI boards, but only 6W of that were indicated at the AC supply line. As a result of that thirst, these two boards also created the most CPU heat.

MSI getting dinged in Talos puts the X299 Aorus Gaming 7 in the winner’s circle from a performance perspective, yet the tiny performance gains of these two boards can’t excuse the vast increases in power consumption.

The firmware of all four X299 boards satisfies the requirements of our mild-mannered overclocks, and Gigabyte’s DDR4-5800 setting looks just as unrealistic as ASRock’s 2000 MHz max BCLK.

It appears that nearly every X299 board will push this particular CPU to 4.4 GHz before thermal throttling occurs, and that’s also the factor that governed the 1.15V max I chose for that test. The X299 Gaming Pro Carbon AC ran the CPU a little hot, so it got a little less voltage and a lower overclock. While the Gigabyte board tied ASRock for first-place CPU clocks, the X299 Taichi had a noticeable lead in memory overclocking capability.

ASRock’s X299 Taichi proved itself a supreme value in a prior review, and today’s primary question is whether Gigabyte’s X299 Aorus Gaming 7 is worth $100 more than that award-winning part. Based on a few estimations concerning component improvements from big (the Wi-Fi controller) to small (such as the extra fan headers and fan voltage controllers) it only appears to be worth around $80 more. Gigabyte’s component improvements don’t really show up in a performance-per-dollar chart.

On the other hand, I don’t know how to rate a few of its other improvements from a value perspective. The X299 Aorus Gaming 7's far more elaborate LED lighting, for example, and its RGB software works now. The X299 Aorus includes an audio software suite that’s probably worth at least $4 wholesale, and Gigabyte wouldn’t have bothered with that extra software if it didn’t think you’d want it. The smaller the detail we consider, the closer the X299 Aorus Gaming 7 appears to approach the value of the award-winning board that preceded it.

We have an award for that: Gigabyte’s X299 Aorus Gaming 7 earns our general stamp of approval for the $400 budget class.