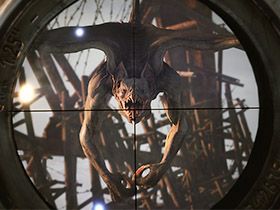 Five months have passed since Nvidia introduced its Turing graphics architecture in the GeForce RTX 2080 Ti and 2080 cards. At launch, the company touted a long list of games that’d offer support for real-time ray tracing, Deep Learning Super Sampling, or both. But games take a lot of time to develop, and up until now we’ve only seen one title with optimizations for its RT cores, Battlefield V, and two with DLSS support, Battlefield V and Final Fantasy XV.

Now you can add Metro Exodus to that list. In fact, Metro is the first game with support for ray tracing and DLSS on day one. Though there are still a number of bugs for 4A Games to hammer out, we spent the last few days looking for good benchmark sequences and, inadvertently, playing through the game.

While we have a more in-depth analysis of Metro’s visuals in the works, we wanted to share some of our early screenshots, performance results, and analysis.

Similar to Battlefield V, the effect of ray tracing is often subtle and easiest to point out through direct comparisons.

The image below shows how brightly-lit a room might appear to be without ray tracing enabled. The lack of dark spots makes it hard to believe you could hide in there:

With ray tracing set to Ultra in the game's settings, light filters in from the door, window, and ceiling, but is far more forgiving when it comes to hiding places in the mostly-closed room:

Of course, nothing is going to stop you from enjoying Metro Exodus without ray tracing. But the feature does help 4A Games achieve the ambience it's going for in this genre.

Our early impressions of DLSS aren't as complimentary. Again, we're saving the analysis work for our upcoming feature. Check out the following two screenshots, though:

In the first, ray tracing is enabled and DLSS is turned off. There is no doubt that the former negatively affects performance in a major way, while the latter goes a long way in counteracting the hit. However, a look at the second image, with ray tracing and DLSS enabled, it seems pretty clear that there is a comparative lack of sharpness.

Look at the fence to the right, the railing on the locomotive, and the brickwork in the foreground.

Now, Nvidia is quick to point out that the training process required to make DLSS work is ongoing. The company stops short of claiming DLSS quality will definitely improve, suggesting "It’s possible that a new set of performance and image improvements will become available after review and around the time the game launches."

What's the impact of ray tracing and DLSS on Metro Exodus? Our French team, which is working on the deep-dive story, is sharing one album of results from the GeForce RTX 2080 Ti Founders Edition card. These numbers come from an in-game test that we ran over and over using a Core i7-8700K-based platform at 5 GHz. It was not taken from Metro's built-in benchmark, which currently does not work with DLSS.

The basic bar graph tells us a few things. First, at 4K, toggling ray tracing to High has a -22% performance hit on Nvidia's flagship graphics card compared to not using the feature through our benchmark sequence. However, we can turn on ray tracing and DLSS to get a +5% speed-up versus the "No Ray Tracing" result.

Turing off ray tracing but leaving DLSS enabled yields a small boost to average frame rates. We're surprised that the difference isn't more substantial. With that said, there appears to be a 60 FPS cap in place that is only active when ray tracing is disabled. This is being explored in more depth for our follow-up.

4A Games only allows DLSS to operate under certain conditions. Officially, the feature can be enabled:

Also clear from the bar graph is that turning ray tracing on hurts the 99th percentile in a big way. That is to say that the slowest 1% of frames are significantly slower with ray tracing enabled. Not even boosting performance with DLSS can hide this phenomenon. Clicking over to the Frame Time Over Benchmark Run graph confirms: big frame time spikes affect the two runs with ray tracing enabled. We'll be curious to see if this is something that can be smoothed over after additional optimizations.

This initial batch of benchmarks is limited to ray tracing set to High, which traces fewer rays per pixel than the Ultra setting and runs one of its denoising passes in a checkerboard pattern. 4A Games may still be adjusting its implementation though, just as DICE continues to do with Battlefield V.

Our brief time with Metro Exodus is already proving enjoyable. Given a choice between playing the game with ray tracing and DLSS enabled or having neither, we'd rather use the features enabled by Nvidia's Turing architecture. The visual compromises associated with DLSS are definitely noticeable in screenshots, but not as severe during gameplay. Still, we have to hope that the softness currently attributable to DLSS can be mitigated somewhat through continued training and optimization on Nvidia's side.