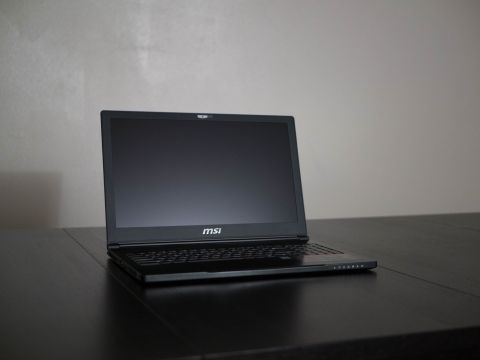 In Alien: Isolation, the MSI Stealth Pro edges out the two other GTX 1060 laptops in our comparison, and loses out only to the P37X v6, with its GTX 1070. While its average frame isn't as impressive as the Gigabyte's, the Stealth Pro still provides ample performance in this less demanding title.

Ashes of the Singularity favors more CPU cores, but all of the systems we're comparing feature an Intel Core i7-6700HQ, so the performance difference comes down to the GPU. Thus, it's no surprise to see the three GTX 1060 laptops score within a a fraction of a frame of each other, whereas our P37X v6 scores much higher because of its GTX 1070.

Bioshock Infinite isn't a particularly demanding game at 1080p, and it favors overall platform performance. Here, our Stealth Pro and Strix GL502VM outclass the Apache Pro by a small margin, thanks to a little extra system memory.

The Stealth Pro's GTX 1060 delivers nearly 53 FPS in DiRT Rally, just short of that magical 60 FPS. The Strix GL502VM, which is virtually identical component-wise, scores a bit higher. Light tweaking to your settings will raise the average frame rate above 60, or you can also step up to a GTX 1070-equipped laptop; our Gigabyte system provided more than 70 FPS.

Grand Theft Auto V is one of this generation's most demanding titles, and every spare resource will benefit your system's performance. The Stealth Pro can only muster an average FPS in the high 30s, and during one scene drops below 30 FPS. Even the most powerful system in our roundup, the P37X v6, never reaches 60 FPS. By and large, the three 1060-equipped laptops trade blows in this game.

Performance in GRID Autosport is a bit more platform dependent, but it seems to also favor GPU clock speeds. The Gigabyte's GTX 1070 has a lower boost clock (1645) than the GTX 1060 (1670), which is why our MSI Stealth Pro is able to perform almost as well as the P37X v6. If GRID is on your radar for Pascal gaming, then this Stealth Pro will have no problem delivering an excellent experience.

Hitman enjoys a powerful GPU, but overall system performance comes into play as well. The Stealth Pro averages 61.94 FPS, which is about 15% lower than the GTX 1070-equipped Gigabyte laptop, but it also performs about 12% better than the Apache Pro, which also has a GTX 1060 but only 12GB of memory. It appears that an i7-6700HQ, a GTX 1060, and 16GB of memory are the bare minimum to achieve 60 FPS average in Hitman at highest settings.

Metro: Last Light Redux is known to mistreat even well appointed systems, so every available resource will benefit your performance. The Stealth Pro outperforms the Apache Pro, which has 4GB less memory. Still, the additional 4GB of memory doesn't quite cut it if 60 FPS is your goal; you'll need to step up to at least a GTX 1070 alongside an i7-6700HQ and 16GB of memory to maintain 60 FPS, as evidenced in the P37X v6 score.

Rise of the Tomb Raider prioritizes raw GPU strength first and foremost, so while both the Stealth Pro and Asus Strix hold a slight performance increase over the Apache Pro, they still don't hold a candle to the Gigabyte laptop. The P37X v6 performs nearly 60% better than our Stealth Pro, and unfortunately, even this system can't run Rise of the Tomb Raider sufficiently at the highest settings. Prepare to dial them back.

The Division is similar to Rise of the Tomb Raider in that it requires a powerful GPU, but it doesn't devour VRAM quite so much. Still, although the MSI Stealth Pro leads the pack among the three GTX 1060 laptops, all of them average just under 50 FPS. Meanwhile, our Gigabyte performs about 33% better than our Stealth Pro because of its GTX 1070. The GTX 1060's performance in The Division is adequate, but you'll either need to make compromises in your graphical settings or step up to a GTX 1070 to play The Division at above 60 FPS.

Prev Page Synthetic And Productivity Benchmarks Next Page Battery, Thermal, And Display Testing
15 Comments Comment from the forums
Be In the Know