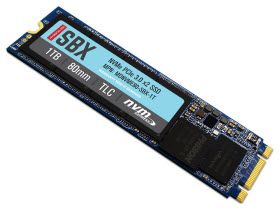 The main focus areas for an entry-level SSD are reliability, broad compatibility, and a low price point. In the case of the MyDigitalSSD BPX, we found an entry-level model that could outperform just about every NVMe SSD on the market that doesn't come with a Samsung Pro label.

The SBX is coming to market at the leading edge of a tidal wave. MLC is washing back to sea as TLC becomes the dominant memory, but a handful of aging (but still very good) MLC SSDs are still sprinkled throughout Amazon and Newegg. The SBX in its current form will not be as successful in a market filled with holdout MLC drives. The BPX is one of the best on a weighted value scale, but the Plextor M8Pe follows close behind. You may even find a Samsung 950 Pro lingering around, but it is much more expensive. The SBX's market position will change in time, though. It will certainly look much better after the MLC-based products sell out.

Six months from now every new SSD on Amazon and Newegg will have 3D TLC flash and prices will drop as NAND supply increases. Many of the first-gen 64-layer products will try to match the performance of 2017 models, but not all of them will succeed. The SBX is not as fast as the BPX. It doesn't give us a feeling of being a great value after we factor in pricing, either.

Riding the early tide to market will hurt the SBX. Prices are dropping and some companies have already released models that set the tone for 2018 (see the Crucial MX500 Review for reference). Toshiba's BiCS doesn't have the same density as Micron's new 64-layer, but Toshiba is already shipping the flash out to third-parties like MyDigitalSSD. That's something we've yet to see with Micron's 64-layer. Unfortunately, the third-party vendors are paying a lot more for the Toshiba flash.

Many analysts have stated the NAND shortage is over, but we're likely just sitting in a bubble. Toshiba holds the key to reducing consumer SSD prices for the products we shop for. The next-generation Samsung NVMe SSD costs the same as the existing models, and the BiCS high-performance drives like the upcoming RD500 and Phison E12-based products will fall in the same 960 EVO/Pro price range.

It's a lot to consider if you're trying to predict if the MyDigitalSSD SBX will be a product to purchase over the next few months. We don't think it is in the short term because there are better options available for just a few dollars more. We will have to revisit this question in three months to see how quickly MLC products sell out.

The 1TB SBX should sell for a slight premium over a good SATA SSD like the 1TB 850 EVO. We went a year with very few low-cost NVMe options in this capacity, but the BPX never scaled to 1TB. Now you can stay under $500 without being forced to choose between a 1TB Intel 600p or a 512GB-class drive with higher performance.

The SBX 256GB performs well and delivers very good notebook battery life. It is a rare combination for any SSD to dominate both the performance and battery tests. Notebooks outsell desktops, and the ratio is increasing, so this is a real advantage for the SBX series.

Of the four drives we tested, the 128GB is the only one I would not recommend for casual computing. There is a $35 price gap between the 128GB and the 256GB models. Even if you do not need the extra capacity, the extra performance is worth spending more.

Regardless of the capacity, SATA should no longer be a consideration unless your system limits your options. The premium for the low-latency NVMe protocol has shrunk to non-existent levels. Consumer SSDs like the MyDigitalSSD SBX, Intel 600p, and the new Intel 760p are the ground floor for the technology and offer superior performance over equally-priced SATA models. You may not need to upgrade to NVMe today, but your next SSD should use the technology.